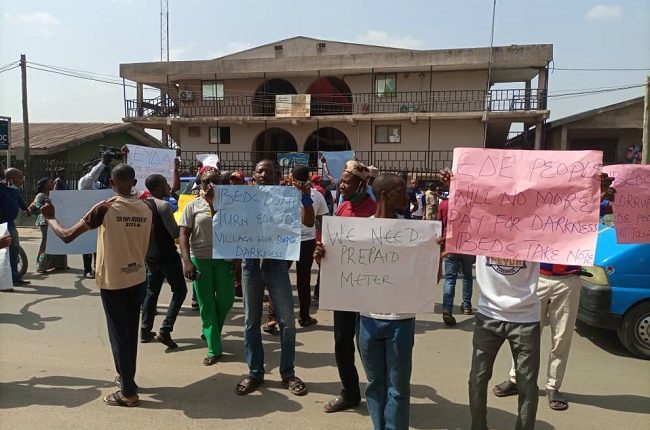 Angry protesters on Tuesday took to the major streets of Ede, Osun State to register their grievances on the total darkness being experienced in the town for some months now.

They called the Ibadan Electricity Distribution Company (IBEDC) to right all wrongs now by restoring their power supply with immediate effect or prepare to be locked up in their offices as from tomorrow affirming that they would not rest until their issues are addressed.

The protesters who mobilised as early as 9.00 a.m marched round the town and later to the offices of IBEDC located in different parts of the town to frown at what they described as “I don’t care attitude” of IBEDC towards providing them electric power supply.

They also laid siege on IBEDC office located at Oke-Gada area of the town. 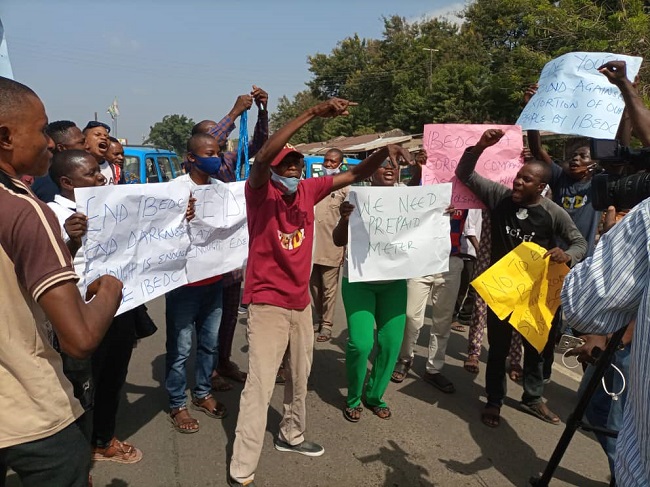 The embittered protesters who were mainly youths also alleged that the authorities of IBEDC had collected money meant for pre-paid metres from them since 2014 but the metres paid for are yet to be supplied to them till now.

Armed with placards with different inscriptions that read:  “IBEDC officials are fraudsters in Ede”, “IBEDC staff are extorting money from its customers”, “IBEDC has left us in total darkness for the past few months now in some areas in Ede”, “IBEDC is giving us epileptic power supply in many parts of the town” amongst others described the development as callous inhumane and wicked.

Speaking through the President, Federation of Ede Youths Association, Mr. AddulAzeez Idowu, who led them, the youth called on the concerned authorities to act speedily to their plights to avoid the wrath of inhabitants of the town.

Idowu who stated that they would not relent in seeing that the requests are met by the IBEDC, hinting that, in some areas, there was an epileptic supply of power while there was total darkness in many areas.

The leader also said the development has given chance to evil perpetrators to unleash terror on innocent citizens of the town.