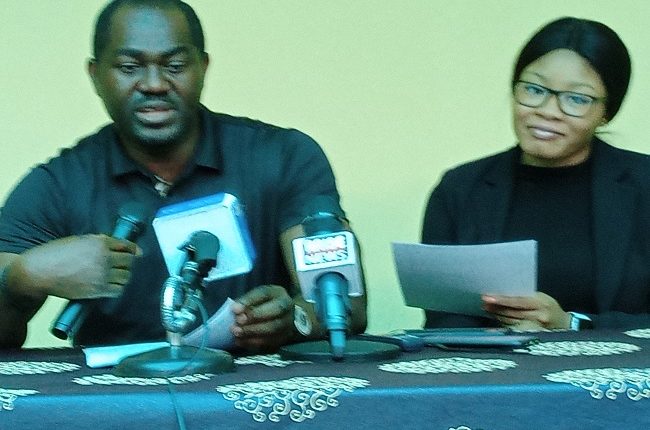 Law Students’ Association of Nigeria (LAWSAN) has called on the federal government to sack the Inspector General of Police, Mohammed Adamu over the killing of armless civilians during the #EndSARS protest across the country.

National President, Law Students’ Association of Nigeria (LAWSAN) President, Blessing Abumere said this in an ongoing press conference in Abuja issuing 24 hours to the National Assembly and President, Muhammadu Buhari to effect the sack of the IGP.

The association made particular reference to one of her members whom it said was molested and raped by policemen.

“The crescendo to the End SARS protest was the arrest, detention, molestation, intimidation humiliation, dehumanization and rape of Treasure Ndyka, a student of the Nigerian Law School, Abuja campus. The treasure was arrested in Ojuelegba, Lagos along with very many other Nigerians across the Nation.

“Although most of those arrested have been released, many lives have been lost,” he stated.

The NEF in a communique issued at the weekend and signed by its Secretary, Dr Hakeem Baba -Ahmed dismissed the move by the Senate as mere jamboree to waste taxpayers money.