PENCOM board: Senator Abaribe, others adamant over opposition to Buhari’s nominee 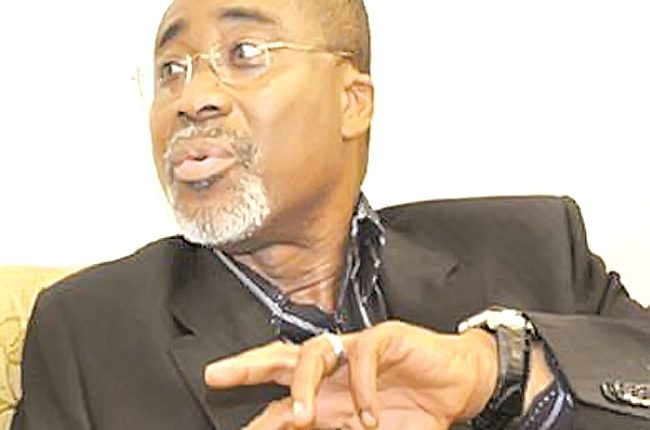 Certain federal lawmakers opposed to the nomination of Aishat Dahir Umar for the exalted office of Director-General of the National Pension Commission are not relenting in frustrating her confirmation by the senate.

A source told Tribune Online that the South-East caucus in the National Assembly will meet tonight ( Wednesday) to further take a position.

Indication emerged from the floor of the Senate on Wednesday when Senator representing Abia South and Senate Minority Leader, Enyinnaya Abaribe, seconded the motion by the Senate Leader, Yahaya Abdullahi, for the screening and confirmation of the nominees.

Seconding the motion before the Senate President, Ahmad Lawan directed the Committee on Established and Public Service Matters to screen President Muhammadu Buhari’s nominees for appointment as Chairman, Director General and commissioners of the National Pension Commission, Senator Abaribe, maintained his position that replacement for the erstwhile Director-General of the PENCOM, Mrs Chinelo Anohu should have come from the south-east.

He said: “I second the motion but I still maintain my objection to the nomination of Aisha Umar for the position of the Director-General.”

President Muhammadu Buhari had on Tuesday in a letter addressed to President of the Senate, Ahmad Lawan nominated the duo of Dr Oyindasola Oluremi Oni and Aishat Umar from Northcentral and Northeast respectively for the office of Chairman and DG of the Board.

One of the senators opposed to the nomination of Aishat Umar confirmed to Nigerian Tribune that senators across party divide from the south-west, south-east and North Central geopolitical zones met on Tuesday night in Abuja to perfect opposition to Buhari’s nominee for Director-General of the board.

He maintained that Aishat Umar’s nomination was a breach of provisions of Section 20(1) and section 21(1) and (2) of the National Pension Commission Act 2014, which provided that “in the event of a vacancy, the President shall appoint a replacement from the geo-political zone of the immediate past member that vacated office to complete the remaining tenure.”

The lawmaker who pleaded not to be named recalled that “when Alhaji M.K. Hamman from Gombe from same Northeast was in the saddle as Director-General, he spent his mandatory two-term of eight years.

Aishat Umar has even spent eight years as Director in PENCOM.”

The source who disclosed that Mrs Chinelo Anohu had since taken up an appointment as Executive Director at African Development Bank, alleged that Hajiya Umar’s nomination is being promoted by certain APC leaders who see her as capable of meeting their expectations of a pliable DG in PENCOM ahead of 2023 elections.

“They already see PENCOM fund as coming handy for them in the next general elections. Unfortunately for them, their candidate isn’t a core regulator.”

As Nigeria celebrates its 60th Independence Anniversary, Most Reverend Emmanuel Adetoyese Badejo, the Bishop, Catholic Diocese of Oyo in his message on the occasion…PENCOM board

Benin monarch, Omo N’Oba N’Edo Uku Akpolokpolo, Oba Square II, has called on the Peoples Democratic Party, PDP, not to turn itself to another godfather to the reelected governor of Edo State, Godwin Obaseki…PENCOM board  PENCOM board