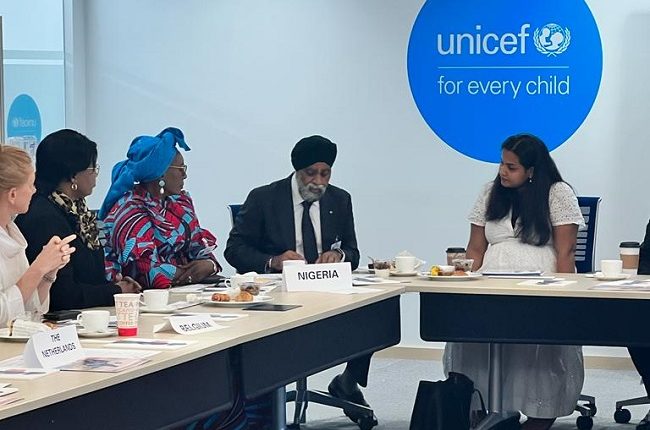 Nigerian’s Minister of Women Affairs, Dame Pauline Tallen, has been nominated for Africa’s Leading Woman for Women Affairs and Social Development Award at the Foreign Investment Network Limited FIN Business and Investment Forum holding on the wings of the ongoing 77th Session of the United Nations General Assembly (UNGA).

UNGA is the largest gathering of World leaders where policymakers, Captains of industries and the business community converge to interact on global challenges and also sign packs.

Nigeria’s President Muhammadu Buhari is leading the Nigerian Delegation to this all-important meeting to interface with the diasporan community on measures to attract more Foreign Direct Investment (FDI) into the country.

In a message conveyed to the Honourable Minister by the INGO Third Sector Resource based in the United Kingdom described her nomination as based on “Observations that in spite of the daily challenges she faces in combating issues affecting Women and vulnerable people in her country, Dame Tallen has remained dogged in her determination to selflessly serve those in distress and ordinary citizens of her country through her laudable initiatives and interventions.”

The Award Ceremony will hold in New York Friday, September 23, 2022. The Award is a high civil decoration by FIN to recognise those people who have made meritorious contributions to their Country’s National interests.

THE Ogun State government has faulted the purported installation of traditional rulers in Irokun, Obinehin, Idigbengben and Araromi Seaside in Ogun Waterside Local Government Area by the Ondo State government…

Trade, investment, others should be right-based across Africa ― Olawuyi