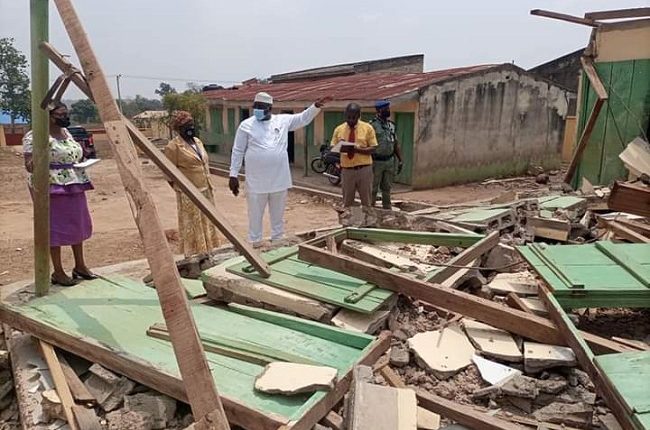 No fewer than 1,000 persons have been displaced as rainstorm destroyed houses in Erimope Ekiti, Moba local government area of Ekiti state.

The downpour, which started at about 6:pm on Friday, wreaked havoc on residential buildings in the town with the displaced persons now taking refuge in a neighbouring community. 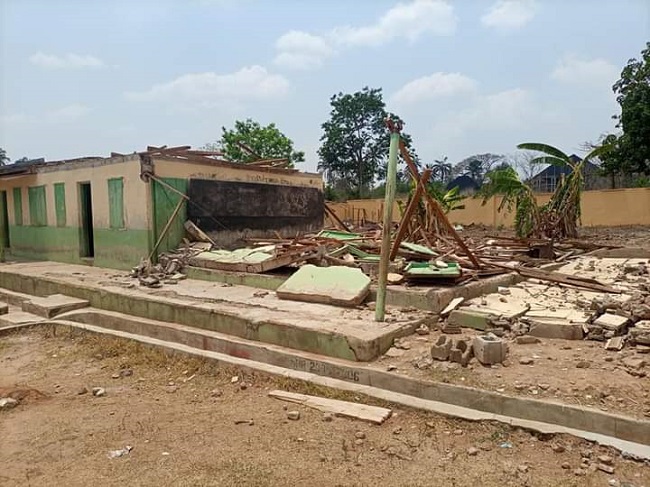 Apart from private homes, the rainstorm accompanied by heavy wind, also destroyed two public primary schools and other buildings in the town.

The Chairman, State Emergency Management Agency (SEMA), Capt. Sunday Adebomi (rtd), during a visit, sympathized with residents of the community over the incident, promising that government would bring succour to the displaced.

He said: “The Governor of Ekiti State, Dr Kayode Fayemi was particularly happy that no life was lost during the storm, which affected about 200 houses in this town. We learnt over 1,000 residents had been displaced already.

“The government commiserates with the victims and I advise our people to as a matter of urgency to embark on the planting of trees in their environment. The move would further avoid future occurrence of such an unfortunate incident.”

A community leader and victim, Mr. Oladipo Isaac, lamented that more than 200 buildings were affected by the rainstorm, which had rendered many homeless in the community. He pleaded with government and other stakeholders to assist the victims.