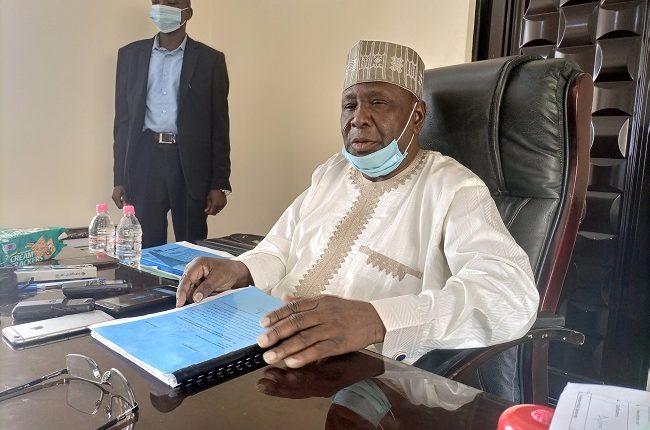 Bauchi State Independent Electoral Commission (BASIEC) has declared that it does not have the power to register any political party for the purpose of any election stressing that its main constitutional mandate is to conduct election into local government councils.

Chairman of BASIEC, Dahiru Tata made the declaration while speaking to newsmen in his office on Sunday explaining that the Commission is working with INEC for the purpose of voters register and political parties allowed to participate in elections in the country.

The BASIEC Chairman added that “as of today, the list of political parties we have from INEC does not include their names and logos, it is not the fault of the BASIEC, let them go to INEC and sort themselves out, as soon as they do that, we are ready to comply.”

Asked if the development will not be a setback to the preparations by the Commission, the Chairman said that,” no, it will not, we still have about 4 weeks to the date of the election, we only need one week before the election to print ballot papers, if by tomorrow they are cleared by INEC, we will include them on the ballot papers”.

On the preparations for the conduct of the election so far, Dahiru Tata said that “all the Councillorship candidates have been screened at their respective LGAs, now we are screening the Chairmanship candidates, as of today (Sunday), we have done 80%, by the grace of God we will complete by Monday and notify all the political parties that are fielding candidates of the status of their candidates “.

The BASIEC Chairman then assured that the Commission is ready to conduct a free, fair and credible election which will be accepted by all the stakeholders in the state saying, “the mandate is for us to be fair umpires in the conduct of the election and that is what we are assuming people of the state”.