‘Our communities are invaded, we spend millions of naira on security monthly’

Weekend Lagos
By DAYO AYEYEMI and OLALEKAN OLABULO On Nov 12, 2022 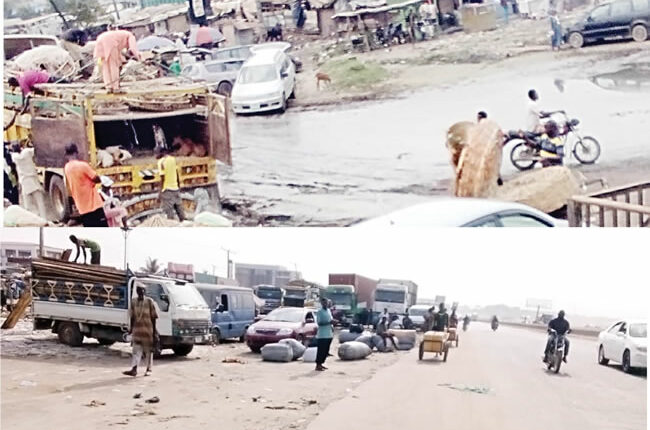 DAYO AYEYEMI and OLALEKAN OLABULO bring to the fore the current security situation in Lagos/Ogun boundary communities where crime is on the rise.

RESIDENTS and commuters around Kara, Isheri and other border communities between Lagos and Ogun states along the Lagos-Ibadan Expressway have raised the alarm over the alleged invasion of the axis by unknown persons.

They also expressed fears of likely attacks on them by the infiltrators.

In the last few months, the areas have become a haven for hundreds of scavengers, commercial motorcyclists and others who have turned the border communities to their camp, thereby turning the once choice area for real estate into a fast-rising slum in the two states.

Although the police in Ogun and Lagos states have continued to deny many of the reported crimes around the communities, the two states’ police commands have, at different times, issued press statements to announce the deployment of personnel to protect residents and travellers in the area.

Residents of OPIC, Fatgbems, Riverview and others estates have particularly expressed their concerns over the influx of hundreds of strangers who have become okada riders and scavengers in their areas.

The alleged invaders now constitute the highest number of commercial motorcyclists riding against traffic along the Lagos-Ibadan Expressway, according to those living and working in the axis.

During several trips to the area, Saturday Tribune sighted scores of motorcycle riders sprinting across the ever-busy expressway, contrary to traffic law.

They were also seen riding against traffic, known in local parlance as one-way, with their passengers who were without safety helmet while security personnel on the ground looked away.

Riders were equally seen connecting the expressway through the link in front of Fatgbems filling station to ride against traffic despite the presence of personnel of a traffic enforcement unit at the junction.

The patrol vehicle of the outfit was also sighted at the junction but the traffic violators were neither challenged nor arrested.

Many residents of the area said they could no longer sleep with their two eyes closed due to the increase in crime rate in the area. They also said the location had turned into a hotspot of illicit drugs.

From Kara Market to the beginning of the popular Long Bridge outward Lagos, the area has not stopped witnessing influx of young men mainly from the north virtually on a daily basis. Some of them reportedly followed trucks conveying cows from different parts of the north to Lagos, alighted at either Fatgbems Bus Stop or Kara and then disappeared into thin air.

Speaking with Saturday Tribune, one of the residents who preferred anonymity said residents of OPIC and River View Estates were sitting on a keg of gunpowder. According to him, the government should urgently look into the matter.

Another resident who gave his name simply as Akinso said: “They (okada riders) have not been disturbing us due to mutual assurance.”

He described the Kara environment as an ugly introduction into Ogun State, saying the threat posed to the beauty and security of the environment by the large concentration of cow dealers/rearers in the vicinity could not be overstated.

The chairman of Isheri Community (ISECOM), Mr Abiola Abioye, said the leaders of the communities from Kara to Ibafo had complained on many occasions to the police authorities about the concentration of the “visitors” in their communities.

According to him, the response they got was that the country’s constitution allows free movement and settlement of the citizens in any part of the country. “The police told us that our mandate starts from inside our gate and not the Lagos-Ibadan Road’s right of way.”

The estate security chief also disclosed that “they told us that until the people commit a crime, it would be impossible to chase them, even though they congregate in an unauthorised place.”

He added that the residents were always apprehensive to the extent that before they leave office, they would have to call someone ahead to ask if there was no security issue or fight around the estate.

“There is fear and anxiety. When we are coming, we have to place calls ahead,” he said.

However, he said there had been synergy among the leaders of the estates in the axis to ensure security of life and property. 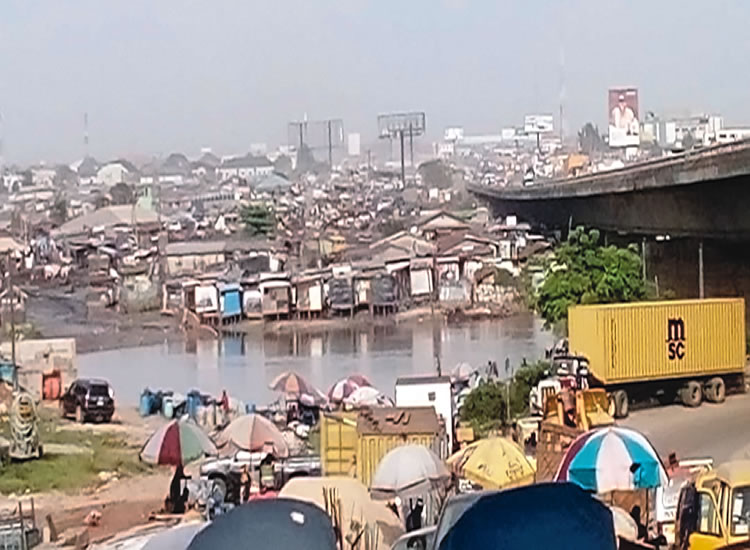 The chairman of River View Estate, Mr Yomi Akinde, said the influx of Hausa/Fulani youths into the area and their congregation on the right of way of the road leading to the estate has raised fear of insecurity among the residents.

In view of this, he said the estate’s residents numbering about 350 have increased their spending on security to about N2 million monthly after hiring more security guards.

“Rather than fixing the estate’s roads, which are in bad shapes, what we are doing is to increase our spending on security. We are spending N2 million monthly on security. We hired more security personnel who patrol the estate day and night,” he said.

The estate leader added that okada robbery has become very prevalent in the area and that some of these riders rob unsuspecting residents.

A resident of Mowe who identified himself as Taiwo, in an interview with Saturday Tribune, said: “Isheri and Kara area are no more part of Yorubaland. Our brothers from the north are now in charge. They determine where they stay and sleep without caring who is affected. They are the warriors on the road. If you are involved in an accident with them, you are in trouble. They will quickly mobilise themselves and pounce on you. They are uncontrollable.”

The police in Ogun State have warned against commercial motorcyclists, particularly those along the Lagos-Ibadan Expressway riding against traffic.

The image maker of the state police command, Abimbola  Oyeyemi, in a statement, said: “The Ogun State police command has observed with dismay the rate at which motorists and motorcyclists are driving against traffic whenever there is little traffic jam in any of our highways, especially on the Lagos-Ibadan Expressway.

“This indiscipline and barbaric attitude has led to many avoidable road traffic accidents and the resultant loss of innocent lives.

“The most recent one is the accident that happened in the Obada Oko area where a tipper driving against traffic crushed three innocent people to death in a taxi.

“Also, the attitude of those reckless drivers is making things difficult along Lagos-Ibadan Expressway where construction work is currently going on.

“In view of this, the Commissioner of Police, CP Lanre Bankole, has directed DPOs, Area Commanders and traffic officers across the state to go all out for those recalcitrant drivers who are in the habit of driving against traffic, otherwise known as one-way drive, with a view to arresting and dealing with them in the most decisive manner.

“Henceforth, anybody caught driving against traffic will have his/her vehicle impounded and such driver will be diligently prosecuted.

“The command hereby, with this release, warns the general public to desist from driving against traffic anywhere in Ogun State, as anyone caught in such act will have him/herself to blame, no matter the status of such person.”

Buhari misunderstood King Charles—and burns Nigeria on his way out