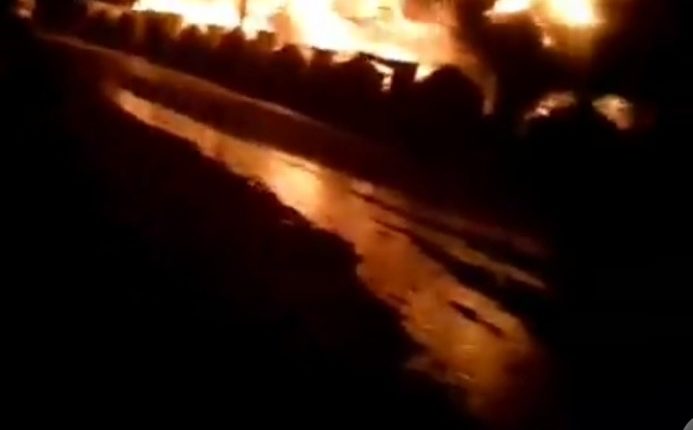 The Post Office in Osogbo, Osun State got razed down by an inferno Saturday night.

The Post Office, located around M.D S area of the town  went up in flames around 8’30 p.m. The old, colonial era building was comprehensively destroyed.

Those living around the place also vacated the area.

Eyewitnesses identified one of the looted shops there as Femtech where valuable items likes phones and laptops were carted away.

The police are yet to give updates on the two incidents.