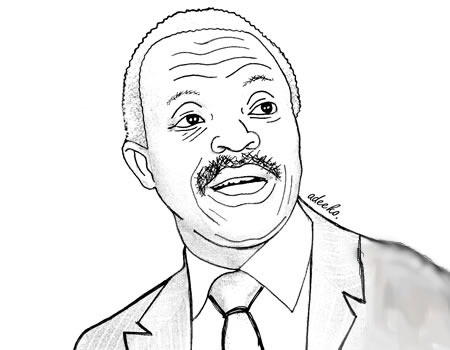 L AST  week, Vice President Yemi Osinbajo stated that the country’s major problem was not restructuring. Speaking during a town hall meeting in Minnesota, United States, Osinbajo said: “The problem with our country is not a matter of restructuring and we must not allow ourselves to be drawn into the argument that our problems stem from some geographical restructuring. It is about managing resources properly and providing for the people properly; that is what it is all about. I served for eight years as Attorney General in Lagos State and one of the chief issues that we fought for was what you call fiscal federalism. We felt that there was a need for the states to be stronger, for states to more or less determine their fortunes. All that we have been able to deal with is grand corruption. When we started the TSA, the whole point was to aggregate all of the funds of government that were in private banks.”

Proposing a dichotomy between restructuring and fiscal federalism, he rode into a maze of semantics. Pray, if fiscal federalism and not geographical restructuring is what the country needs, why has Osinbajo and the administration that he serves not taken steps to actualise it? For far too long, Osinbajo, President Muhammadu Buhari and key members of the current administration have scoffed at the well-though-out and painstakingly researched positions of eminent and well-meaning Nigerians on restructuring, particularly the report of the 2014 National Conference convoked by the immediate past administration. Rather, they have chosen to deal in platitudes, excuses or outright falsehoods. Surely, Osinbajo did not tell the whole truth in his averment that “When we started the TSA, the whole point was to aggregate all of the funds of government that were in private banks.” TSA is n0t an initiative of this administration.

Ahead of the July 14 governorship election in Ekiti State, Osinbajo had told traditional rulers in the state: “We are fully in support of any form of restructuring that will benefit the people of our country. That is why, for example, the president just signed this into law, a bill which enables Houses of Assembly to be autonomous, so that their finances are autonomous. This is some form of devolution of powers. We are also keenly supportive of anything that gives a measure of independence for states so that they can realise their own potential and do very well for themselves in every way.”

On various occasions, Osinbajo has advocated the introduction of  state police in the country, in sharp contrast to President Buhari’s stout defence of the iniquitous and pernicious status quo. For instance, fielding questions from participants in Course 25 of the National Defence College, Abuja, after he delivered a lecture titled Economic Dimension of the National Security: The Nigerian Experience, he had said: “One of the most important things that we have always talked about in the criminal justice system is community policing. State police is very important because there is no federation of our size that does not have state police. You need community policing to be able to be more effective in crime detection.” The question is, why does Osinbajo advocate state police on the one hand and scoff at restructuring on another?

In case Osinbajo is still in any doubt as to the import and ramifications of the restructuring concept, he should go back to the 1960 and 1963 constitutions. He would find that Nigeria was never conceived as an entity with a behemoth central government amassing functions, cornering resources for itself and lording it over the country’s component units. It is indeed saddening that a strong advocate of restructuring as Attorney General of Lagos State is now flip-flopping on the concept when he has the opportunity to advance its cause at the federal level. This raises the question whether he would have taken the position he took last week if he were not serving in the current administration. As noted by the Yoruba Council of Elders (YCE), “Restructuring is very fundamental to the problems of Nigeria for obvious reasons. This is a heterogeneous country made up of different nations, tribes, histories and cultures and consequently different priorities. Our concept of development differs from one part of the country to another. If we must live together in peace, each of the country’s ethnic groups must itemise its priorities.”

Indeed, the restructuring imperative is so powerful that it has become a key issue for most Nigerians, such that even those who avoid taking a public position on it for political purposes have been known to privately affirm its importance to the national well-being. The 2014 National Conference featured some of the brightest and most accomplished Nigerians and their report is to date the most authoritative document on restructuring in the country. It would be uncharitable to suggest that the great work done by these patriots from across the country to advance the cause of national development is of no effect.  As we pointed out in previous editorials, the fundamental right of Nigerians to determine under what conditions they will continue to live together cannot have been taken away by the election of President Buhari, and is certainly not down to his decision. If this administration fails to restructure the country, another will.

Ember months: To fear or not?

Of hate speech and terrorism

The economy and falling prices of oil