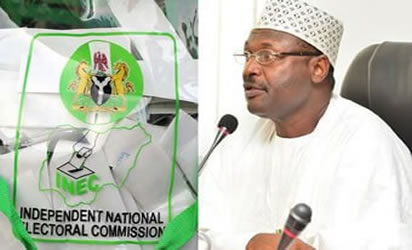 The Peoples Democratic Party (PDP) in Ondo State, on Monday, called for the resignation of the chairman of the Independent National Electoral Commission (INEC) Mahmood Yakubu and its national commissioners, over the commission’s failure to conduct free and fair elections in the country under their leadership.

The party which stated this in a communique issued at the end of its stakeholders meeting held in Akure, Ondo State capital, said the leadership of the electoral commission are ill equipped and grossly incompetent to discharge their responsibilities of their office impartially.

In the communique signed by the State Secretary of the party,  Oyedele Ibine, noted that the continued stay in office of the officers “is a threat to the peace and health of our nation”

The party frowned at the shoddy preparations of the commission towards the just concluded governorship election in the state, condemning the removal of the party’s candidate, Eyitayo Jegede, from the list of candidates for the election.

The party said, “We declare that INEC blatantly deviated from the provisions of the Electoral Act, charted a curious and inglorious path deliberately, with a view to fostering on us a preconceived agenda to subvert the process and shut the PDP out the November 26th election.”

The party also condemned the electoral commission for rushing into the Ondo governorship election despite having time before the expiration of the current administration in the state.

“This attitude did not allow our party to campaign for the election particularly after we won in the Court of Appeal on 24th November, barely 48 hours to the election, thus INEC by this action reinforced and confirmed our suspicion that it was on a mission to ensure that the PDP lose the election by every means.

“Therefore we call for the resignation of the INEC Chairman and the National Commissioners as it is obvious that they are ill equipped and grossly incompetent to discharge the responsibilities of their office impartially.

“INEC under them has demonstrated its inability to conduct free and fair election in Nigeria. The continued stay in office of these people is a threat to the peace and health of our nation.”

The party, however, expressed its confidence reposed in the nation’s judiciary, “particularly the Court of Appeal and the Supreme Court for doing appropriate justice after the fraud and charade that characterized the judgement of Justice Okon Abang of the Federal High Court, Abuja.”

The party also commended the State Governor, Dr. Olusegun Mimiko, for his leadership role in the party, saying his “leadership acumen and giant strides remains the catalyst that has lifted our state to a great height and development.”

The stakeholders’ meeting was convened by the party leadership to reappraise and assess the conduct of the last governorship election in the state.