Ogun to be on total lockdown from Saturday for 14 days, says governor 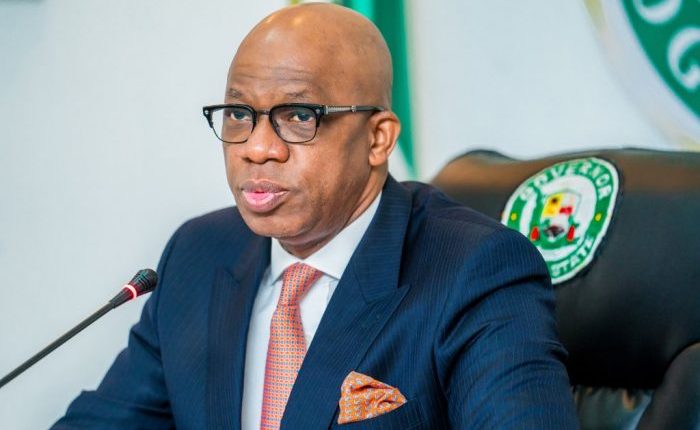 Ogun State governor, Prince Dapo Abiodun, on Tuesday, said that the state would from Saturday, April 18, be on total lockdown for the next 14 days.

The governor, in a statement signed by his Chief Press Secretary, Kunle Somorin, urged the people of the state to take advantage of the current window relaxation of Wednesday, April 15 and Friday April 17 to restock on foods and other essential items to cover the period.

President Muhamadu Buhari, in his nationwide broadcast on Monday night, extended the lockdown directive on Lagos, Ogun states and the Federal Capital Territory (FCT) for a period of another 14 days as part of ways to contain the spread of coronavirus pandemic.

Abiodun commended Buhari, especially the Federal Government efforts in combating the virus which had hitherto claimed some lives in the country.

He appealed to residents of the state to endure the 14 days extension of the lockdown, saying it is the only way to defeat the virus.

The governor said the all borders leading to the state would remain closed.

He said: “We must deny the virus the vital supply chain required to decimate humanity by complying with all the social distancing measures and maintaining personal hygiene.

“The current window of relaxation of the lockdown in the state from 7.00am to 2.00pm which follows the same pattern of last week, will still be available for this Wednesday (15th April) and Friday (17th April) only.

“This is to allow the residents prepare for the extension of the lockdown and restock on food and other essential items.”

Abiodun disclosed that the state would commence strict enforcement of wearing face masks in the public, submitting that wearing of masks would help reduce the spread of the virus.

He noted that the pandemic had created an unusual challenge to strike a delicate balance of need for public safety and welfare of the citizenry.

While assuring that his administration remained committed in its responsibility of protecting lives and property in the state and welfare for the people.

The governor announced that the stimulus package distribution mechanism had been reviewed to make it more effective and efficient in the delivery to the target population of the elderly, the poor and vulnerable.

He confirmed that relief items have so far been distributed to over 60,000 households of the elderly, the poor and vulnerable in the state, covering about 300,000 individuals, while the next phase of distribution to additional 80,000 households of estimated 400,000 people across the 236 wards would commence soon.

Ogun To Be On Total Lockdown From Saturday For 14 Days, Says Governor
Ogun State governor, Prince Dapo Abiodun, on Tuesday, said that the state would from Saturday, April 18, be on total lockdown for the next 14 days. The governor, in a statement signed by his Chief Press Secretary, Kunle Somorin, urged the people of the state to take advantage of the current window relaxation of… Read full story

Many Rendered Homeless As Fire Razes 700 Shelters In IDPs Camp
No fewer than 700 shelters were destroyed by fire in an Internally Displaced Persons (IDPs) camps at Mafa Local Government Area of Borno State. The Secretary of the Local Government Area, Mohammed Lawan-Sheriff, made the disclosure in an interview with News Agency of Nigeria (NAN) on Tuesday in Maiduguri,.. Read full story

Osun Governor Extends Lockdown Order By Another 14 Days, To Begin On Friday
Governor Gboyega Oyetola of Osun State on Tuesday night extended the lockdown order in the state by another 14 days. In a broadcast on the Osun State Broadcasting Corporation (OSBC), the governor explained that the development was aimed at checkmating the spread of coronavirus and consolidate on measures deployed to… Read full story

Why we deployed policemen to Lekki, we arrested miscreants with machetes ― Lagos CP

How ministry of water resources spent N256m on fuel, maintenance in five years