Ogun LG elections: I appeal to aggrieved aspirants to let us move on —Adeola Sosanwo 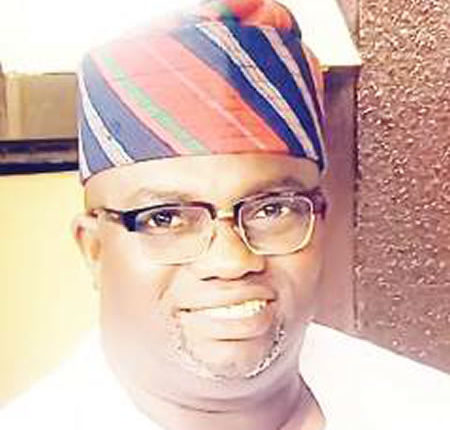 Mr. Adeola Sosanwo, a chieftain of All Progressives Congress (APC) in Ogun State and Chairman of SAS Foundation in this interview by BAYO ALADE speaks on the forthcoming local government elections in the state and also called for support for the governor of the state.

Governors of the Southern states of the country met recently and came out with a resolution banning open grazing latest by September, 2021. As a concerned stakeholder, what is your reaction to this?

Excellent. Personally, I have been a victim of herdsmen attacks. I have a five-hectare farm where I planted cassava, maize and do other things there; my staff members are there too. But after closing, these Fulani herdsmen will bring in their cows and destroy what we have planted in the farm. It’s such a painful thing and I only plead with the federal government to align with the position of the Southern governors on this destructive act that has also been leading to loss of lives and properties. It is high time some drastic steps were taken before we have something else on our hands.

The local government election in Ogun State is around the corner, but there is so much disaffection in your party due to allegations of imposition of candidates against your governor. How guilty is he in all of these?

The governor is a true democrat and his hands are clean in all of this. I think the party leaders are the major culprits here. When the governor met with the party leaders and stakeholders, what he said was that we should all go home and pick our consensus candidates and send same to him for approval.

Unfortunately due to greed and selfish interest of the party leaders, many local governments could not pick their consensus candidates. And when the governor called us for another meeting, he said ‘from all these names that you have sent to me, I will give you more time; pick one and send to me for approval’, yet many local governments could still not reach a compromise.

In Sagamu Local Government where I come from, the story is same. And the governor has warmed that if we can’t come up with a consensus candidate, he would be left with no choice than to pick anyone he felt could work with him. So, let nobody blame the governor, we gave him that right when as leaders we refused to put our house in order. And sometimes, many of the candidates these leaders are projecting are not even qualified.

However, I also want to appeal to those who feel aggrieved, to have a large heart to let us move on; there will always be another day. And since the governor’s commitment to politics of inclusion and participatory democracy has never been in doubt, they should rest assured that the governor has them in mind. The governor knew that there are many interest groups rooting for his success in the party and he has assured that he would take care of everyone.

Governor Dapo Abiodun, despite the uncooperative attitude of some members of National Assembly has remained committed to actualising the long abandoned dream of a Cargo Airport at Iperu, what is your take on this sir?

Governor Abiodun is not only constructing the much talked-about Cargo Airport because of its huge economic benefits to the state and the country at large; he has equally been amazing in the area of road construction. He has almost completed the reconstruction of Sagamu-Siun-Abeokuta expressway, likewise the ongoing Ijebu –Ode/Epe ten-lane road project. The road that was once a nightmare is nearing completion. This is in addition to several other road projects across the three senatorial districts. Don’t forget that the governor has, against established norms of the past, been working on some road projects abandoned by his predecessor, Senator Ibikunle Amosun. I think regardless of what anyone might say, Governor Abiodun, who is not given to shouting from the rooftop has tactically been achieving his set goals in developing Ogun State.

The Agro Cargo Airport was started by former Governor Gbenga Daniel but his successor, Senator Amosun throughout his eight years left this project unattended to, but part of the promises of Governor Abiodun is that he would make this dream come true and sincerely, he has remained committed to fulfilling this promise.

I have been to the Agro Cargo Airport project site for about five times and I really must commend the governor for his serious commitment. However, one will expect that members of the National Assembly, especially, our own Senator representing Ogun East will give the governor his support over this project but that has not been the case.

While I was in PDP, in 2019, I contested against this Senator and we even went to court after the election. I later withdrew the case and part of our negotiation was that he would support the governor in his developmental strides for the state but he has decided to do as it pleases him. Luckily, God is helping our governor to forge ahead with the good work. I must also salute Senator Adeola Olamilekan representing Lagos West and a member of Senate Committee on Aviation for giving the governor so much support on this project. I equally want to beg other members of the National Assembly to rally round the governor and make this project a success; it’s really not too late for them.

Of what economic benefits is this multimillion dollar project to the people of the state?

The Cargo Airport is of huge economic benefits to the state. It will stimulate a lot of employment and economic activities around haulage, hotel reservation and many other ancillary services that are peculiar to an airport. It will impact seriously on agricultural practices and boost food production because many investors in agriculture in the Southwest and even from the East will latch on to these opportunities to get their produce to the end users and even export to earn more money. The Cargo Airport will also help to decongest Lagos Airport. The benefits are so much; until this project materialises we really won’t understand some of these things. If it is only this project that the governor can do, then he is good for another term.

So you are not in support of those who felt the governor has not done much in the last two years?

No.  It is all cheap lies. It is just not a true reflection of what is on ground across the state. Here is a man that has managed the little resources of the state so well that it has reflected in all the sectors: education, health, housing, road, agriculture, among others. If the media could investigate, you will see all these things. The imprints of good governance are everywhere, they are very visible to the eyes and the people of the state appreciate his good works and sense of sincere leadership.

If you are to assess Governor Abiodun’s government holistically, what would be your conclusion?

Yes, the governor has remained dedicated to diligently serving his people; he has embarked on projects that he may not be able to finish within his first term, yet he has several others that he wants to embark upon during his second term. And having done fantastically well in just two years, I want to plead with him to please run for another term in 2023.

It is the wish of the people of Ogun State that the amazing development across the nook and cranny of the state should continue beyond 2023. There’s this project of Olokola Free Trade Zone in Ogun East that will not only create employment and boost the Internally Generated Revenue but also raise the international status of the state. The governor needs time to get all this done. I also want to add that rather than just criticising the governor unnecessarily, we must all try to encourage him governor in our own little way and support him to do more.