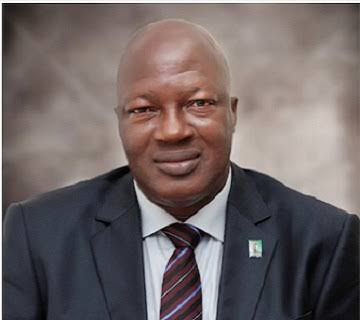 Governor Godwin Obaseki of Edo State has retained Mr. Osarodion Ogie as the Secretary to the State Government, SSG.

Obaseki, it would be recalled, had on Wednesday, November 11, a day to his second term inauguration, dissolved the State Executive Council, and thanked the political appointees for their support and loyalty in the past four years.

Ogie occupied the same position in the first term of Obaseki and had earlier served as Commissioner for Works in the eight-year administration of Adams Oshiomhole as the governor of the state.

The three-paragraph statement read: “The Edo State Governor, Mr. Godwin Obaseki, has approved the appointment of Osarodion Ogie Esq., as Secretary to the State Government.”

“In a statement, Governor Obaseki said this was the only political appointment to be made for now.

He added that all other appointments are deferred to the first week of February, 2021.

Sunday Tribune gathered that the February 2021 scheduled date for political appointments in the state was to allow Governor Obaseki to make wider consultations with all the stakeholders in his new party, the Peoples Democratic Party, PDP.

Obaseki, who was denied participation in governorship primaries of his former party, the All Progressive Congress, APC, found solace in the PDP, which offered him the governorship slot on consensus and went ahead to win the September 19 election, carrying the banner of the umbrella party.

PDP made further consensus to him by allowing him to retain his deputy, Philip Shaibu.