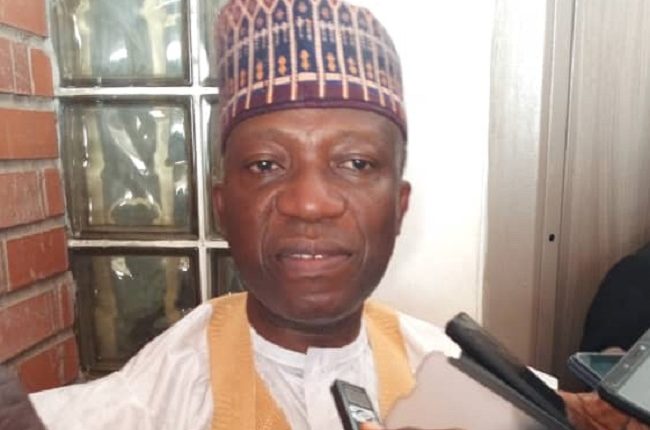 Director General, National Institute for Legislative and Democratic Studies (NILDS), Professor Abubakar Olanrewaju Sulaiman, has advocated that number of political parties in the country should be pruned down to only three.

Olanrewaju, a professor of Political Science, also said that outcome of the recent governorship elections conducted in Edo and Ondo states was an indication that Nigeria’s democracy and politicians are marturing.

Speaking with journalists in Ilorin on the sideline of a special prayer organised to mark his 55th birthday in Ilorin at the weekend, Professor Sulaiman said that Nigeria democracy cannot survive with the kind of “jankara” political parties we have in this country.

“We have to cut the number down. A lot of political parties we have are “shoprite” political parties, let me use that language. Just one shop, no office, no followers, no members and no disciples. You begin to ask a question, of what relevance are they adding to numbers of ballot papers, or adding to the confusion in electoral process?

“I think we need some legal framework to prune them down. We must have two or three vibrant political parties that can represent the various shades of opnions in this country just like we have in USA and other advanced democracy. We cannot survive with 60, or 80 political parties. It doesn’t make sense at all.

Also speaking on the recent governorship election in Edo and Ondo states, the NILDS DG said experience has shown that Nigerian politians and key players are begining to embrace concession and accepting defeat without resorting to litigation after losing election.

On the #ENDSARS protest being staged across the nation, the former minister of National Planning posited that whta the protest “portends is that as long as we practice democracy, we must allow people’s wish to prevail”.

He challenged Nigerians particularly traditional rulers and religious leaders to support government in its fight against insecurity by assisting in providing intellegence information to security agencies.

In his brief lecture at the prayer session, cordinated by the national missioner of the Ansarul Islam Society of Nigeria, Alhaji Abdulmumini Ayara, admonished political office holders to always strive to make positive impacts while in office, reminding them that “power is transient”.

The All Progressives Congress (APC) has told a Federal High Court in Abuja, that the Comrade Adams Oshiomhole-led National Working Committee (NWC) was sacked to solve the internal leadership crises rocking the party…Nigeria’s democracy can’t survive

The party also said that immediately the Caretaker/Extraordinary Convention Planning Committee was put in place after the NWC’s dissolution, the crises that had characterised its affairs were laid to rest…Nigeria’s democracy can’t survive