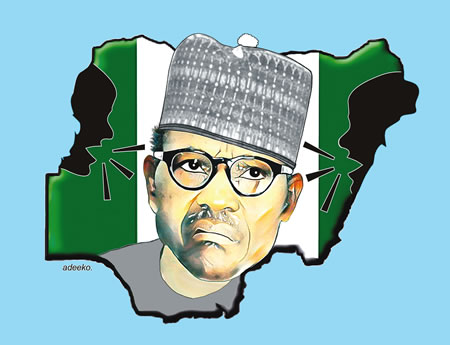 The spate of insecurity remains one of the most troubling issues in the Nigerian state today, yet the Nigerian government under the leadership of President Muhammadu Buhari seems helpless. A true representative government wouldn’t treat the lives of citizens with contempt but rather do everything necessary to ensure the protection of lives and properties.

The Nigerian government cannot continue to take the issue of insecurity with levity and expect good outcome. Arguably, the security architecture of the country has failed as a result of the lack of synergy between the Nigerian government and security agencies.   Nigerians keep waking up to news of unnecessary killings and I hope Nigerians wouldn’t be pushed to the wall someday.

We demand an explanation from the Federal Government on why the bandits still use telephones, yet, the security agencies through the help of the Ministry of Communication still can’t track them. What has been the effort of the Nigerian government in securing our porous borders?

Without doubt, the re-election of the president in 2019 was greeted with optimism that security issues in the Nigerian state would be tackled, but it keeps getting worse each and every day.  Isn’t it worrisome to see the state of the president under the siege of insecurity? More than 70 per cent of farmers in that part of the country can’t even go to farm any longer as a result of banditry and other security issues. It is trite to state that food security in years to come is at stake.

Strong commitment and political will is needed to tackle the issue of insecurity in Nigeria as a matter of urgency. There’s need for proper review of the security architecture of the Nigerian state.

In all, there should be synergy between the government and other security agencies to achieve a good feat in fighting insecurity in Nigeria because Nigerians deserve to live.

Groups partner to counter misinformation on COVID-19 in Nigeria