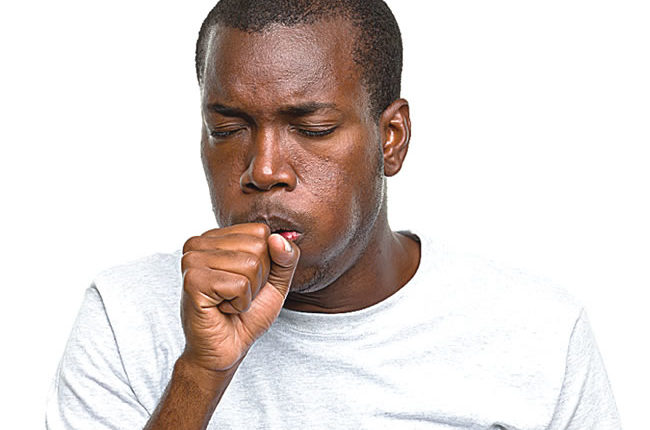 THE rate at which tuberculosis(TB) spreads from animals to humans may be higher than previously thought. TB from animals is a growing concern worldwide and teams of researchers have suggested that the number of human tuberculosis cases that are due to transmission from animals could have implications for epidemiological studies and public health interventions.

In addition, many are infected with the tuberculosis bacterium without having active disease, which is called latent tuberculosis.

There are many species of mycobacterium that cause TB but the most troubling are ‘zoonotic’ – transmitted to humans from animals. Human Mycobacterium bovis that affects cattle as well as other animals and humans, causing bovine tuberculosis (BTB) is an infectious disease that is widespread in Africa.

Bovine TB is of global concern for multiple reasons: the economic impact on animal production, the potential spread to wildlife, and the risk of transmission to humans. While BTB is known to be widespread in Africa, limited data exist combining its prevalence and distribution across borders.

“Documenting the prevalence of TB from animals is very important. Hitherto, not much attention is paid to bovine tuberculosis endemicity in cattle population. But controlling TB in humans requires diagnose and treatment of all forms of the disease,” said Professor Simeon Cadmus, Centre for Control and Prevention of Zoonoses, University of Ibadan, Nigeria.

According to Professor Cadmus, control of TB from animals is particularly important in pastoralist, internally displaced persons (IDPs) and abattoir workers, who because of their proximity and prolonged contact with animals, can contract it through inhalation from TB-infected animals,  intake of unpasteurised milk and dairy products as well as meat and other products from infected animals.

“So once bovine TB gets to somebody through the pulmonary route, the person too can transit it to others; don’t forget that the affected individuals don’t stay alone, they also mingle with the general public in a congested market setting and crowded places,” he added.

Moreover, dust particles or bacteria-containing aerosols are inhaled by farmers and herdsmen in farming areas grazed by infected cattle; some rural and urban dwellers may get infected through close contact with infected herders and consumption of unpasteurised milk sold by them.

The spread of the disease may also occur through overcrowding in vehicles. Likewise, its transmission in the cattle market is enhanced through the concentration of infected animals and activities of people.

Cadmus, a veterinarian, declared that because people are often infected by consuming unpasteurised milk, M. bovis and other zoonotic mycobacteria tend to cause more “extrapulmonary” tuberculosis or TB infections outside the lungs in humans.

However, he declared that increasing evidence supporting M. tuberculosis in cattle highlights the importance of using a One Health approach, involving multisectoral collaboration across the veterinary and clinical sectors, to meet the World Health Organisation’s goal of reducing the incidence of tuberculosis by 90 per cent as a part of its End TB Strategy by 2035.

Dr Queen Ogbuji, the tuberculosis programme coordinator of the Association for Reproductive and Family Health (ARFH),  Abuja, expressed concern that not many people are aware that TB can be contracted from animals.

“Many people don’t know that some parts of the cow they take and assume to be a delicacy is actually diseased meat,” she added.

Given that meat is part of man’s food chain, Dr Ogbuji, said controlling transmission of TB from animals to human cannot be overlooked for the betterment of human health.

Moreover, Professor Olanisun Adewole, a chest physician, Obafemi Awolowo University Teaching Hospital Complex (OAUTHC), Ile-Ife, Osun State, stated that the contribution of TB in animals to the incidence of TB in Nigeria is about five per cent.

Professor Adewole, who listed the four TB-causing mycobacteria as M. bovis, M. africanum, M. canetti, and M. microti, said there are tests to differentiate the different cases of TB when it occurs in humans.

M. canetti is rare and seems to be limited to the Horn of Africa, although a few cases have been seen in African emigrants. M. microti is also rare and is seen almost only in immunodeficient people, although its prevalence may be significantly underestimated.

Although M. tuberculosis is the most common and lethal form in humans, he declared that the treatment for these TB-causing mycobacteria are more or less almost the same.

Professor Adeosun declared that aside M. tuberculosis, the other types of TB infections occur more in other parts of the body such as the intestinal tract.

Patients with TB infections outside the lungs experience different symptoms, and their disease is more likely to be misdiagnosed or missed altogether. However, Professor Adewole added that “tests to differentiate bovine TB are not readily available. But there are parameters that are looked out for to be able to say this is bovine TB. Again those who have bovine TB also have some degree of a weakened immune system in comparison to those who have mycobacterium TB.”

One of the biggest challenges to broader TB control is, in many places, the lack of adequate diagnostic tests. After a person is diagnosed with TB, the molecular typing of the organism can determine exactly what kind of mycobacteria the patient has; determine if there is resistance to any medications, and optimise their treatment regimen. But this level of testing is unavailable in many low-income countries and in most of Africa.

There is also little disease surveillance or research on zoonotic TB, even in the pastoralist African populations thought to be at highest risk. The lack of knowledge about the existence and spread of zoonotic mycobacteria is largely due to the fact that they remain some of the most difficult pathogens to detect.

Zoonotic TB also requires different treatment regimens: M. bovis is intrinsically resistant to pyrazinamide. Patients need some alternative medications and a longer treatment duration. Many extrapulmonary infections are now resistant to one or more first-line TB drugs, which may contribute to its higher mortality rates.

Drug-resistant TB is itself a growing problem and maybe a result of substandard diagnostic tests and treatments for people, as well as the overuse of antibiotics in livestock husbandry. Rising rates of drug-resistant TB strains portend serious future challenges in TB treatment and control.

So, attaining the WHO goal of reducing the incidence of tuberculosis by 90 per cent by 2035 will need new investments in research on a range of TB causing organisms, not just M. tuberculosis, as well as new investments toward the development of field-ready and inexpensive diagnostic and drug-resistance tests.

In addition, creative ideas about how to design and implement healthcare and food safety interventions that are responsive to the lives, economies, and diets of pastoralists and other rural livestock holders are needed.

Broadening the global health attention to include investments in developing better diagnostics and offering better clinical recognition and treatment for zoonotic TB not only would help those who suffer but necessary to end the scourge of tuberculosis once and for all.

The emotional burden, challenges of living with sickle cell disease