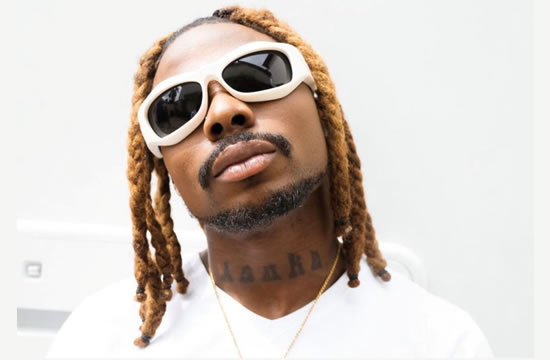 The South African duo disc jockeys, Major League DJz, DBN Gogo and a few other South African Amapiano musicians are on their toes about the fast-rising Nigerian singer, Asake. The Sungbahitmaker came to the limelight this year and he’s been consistently topping the charts with each of his music; things got more interesting with his debut album, “Mr Money with The Vibe (MMWTV)”. All the songs in the album topped the charts as top 10+, which has people talking within the past few days. The South African DJs raised their concerns on social media after realising that Asake infused Amapiano in his highly applauded and recognized album. Major League DJz& DBN Gogo claim Nigerian artiste Asake is a threat to Amapiano.

DBN Gogo, is a South African DJ and music producer. Born Durban and raised in Pretoria, she garnered local attention following release of her debut single “KhuzaGogo”, which was certified platinum in South Africa. She have been lamenting about how good the Nigerian Amapiano music star, Asake have become as time flies. She claims strongly that Asake is a threat to Amapiano music to the South African music arts.

“We are in big trouble if we don’t start moving collectively and forcing our way into the right doors. Lol, it’s gonna be taken right in front of us. And don’t get me wrong, his album is so good. iyho. That’s the problem,” she wrote.

Bandile of Major League supported DBN’s claim, though he also appreciated the album.

“I have been saying this for long but echoes gonna be the death of us,” he says in the post on his Instagram Story.

Nigerian music artists have utterly dominated Amapiano in 2022 with Asake leading the charge. Zinoleesky has gleaned hits from Amapaino for the past two years and he doesn’t look like he intends to stop soon.

Afrobeats is on ascension and Nigerian artists are currently exporting Amapiano to other parts of the world. There’s a possibility that the roots of Amapiano might be erroneously attributed to Nigeria instead of South Africa from where it was created.

Hence the concerns of DBN Gogo, Bandz, and other artists who share similar sentiments are understandable. They desire to enjoy the largesse of a sound they created and they wish to get the deserved recognition for their efforts. And this makes perfect sense.

Sadly, there’s just simply nothing Nigerian artists can do about their sentiments.

It have been a very strong matter arising on the internet and most of South African Amapiano artistes have reacted this claim. Nevertherless, Kabza De Small who is considered as the founder of Amapiano and King of Amapiano have not uttered any words towards the claims because “Kings don’t easily get tensed up”.

Kizz Daniel Celebrates As ‘Cough (Odo)’ Moves To No. 1 On The Apple Music Chart