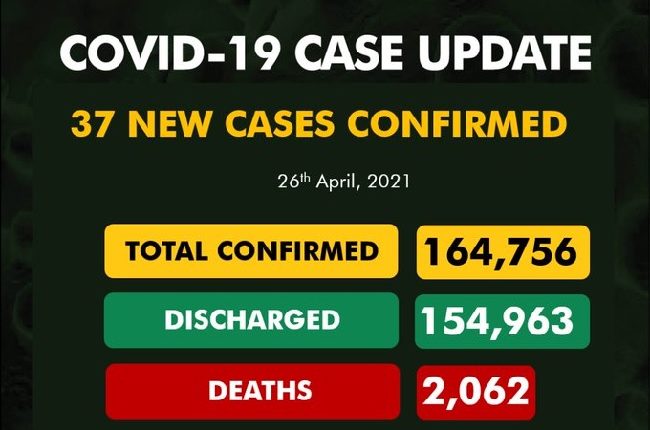 The Nigeria Centre for Disease Control (NCDC) has recorded 37 new cases of COVID-19, bringing the total number of infections in the country to 164,756.

Fake website asking N-Power candidates to verify if they have been shortlisted for N30,700 grant

JUSUN strike and the Nigerian factor