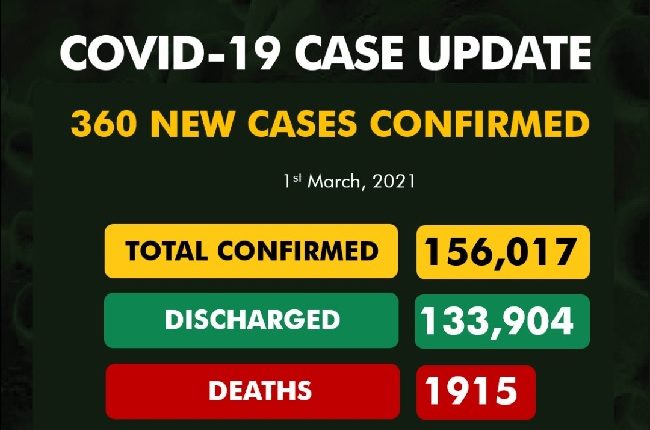 The Nigeria Centre for Disease Control (NCDC) has recorded 360 new cases of COVID-19, bringing the total number of infections in the country to 156,017.

You are my leader, Fayose tells Makinde at PDP South-West zonal congress, begs for…