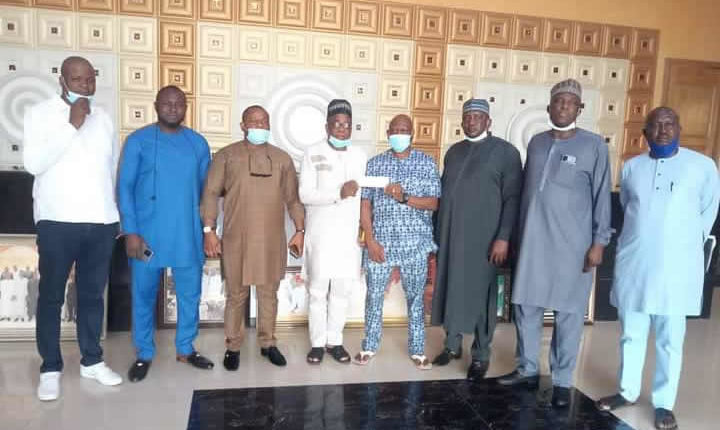 The founding leader and former governorship candidate of the All Progressives Congress (APC) in Delta State, Olorogun O’tega Emerhor, has lamented the internal bickering and infighting as the reasons the party has been losing elections to the ruling Peoples Democratic Party (PDP) in the state.

He therefore averred that 2023 remains another opportunity for the APC to dislodge the ruling PDP in the state if leaders of the party come together and work for the interest of the party ahead of 2023 governorship election.

The APC leader spoke at his country-home in Evwreni in Ughelli North Local Government Area of the state when the chairman and members of the reconstituted Delta APC Registration and Validation Committee visited him.

Emerhor, joined by other leaders of the party including Chief Fred Olokor, Mr John Onojeharho, Chief Cyril Ogodo, Chief Malachi Orode and host of others to receive members of the committee led by its chairman and former deputy governor of Ekiti State, Surveyor Abiodun Aluko, said he was confident that the party would win the state in 2023.

Emerhor acknowledged other leaders critical to this task for the unity of the party to include the Deputy Senate President, Senator Ovie Omo-Agege; Minister of State for Labour and Employment, Chief Festus Keyamo (SAN), Chief Great Ogboru and a few  other leaders, who together controls the APC followers in the state.

He posited that as the founder leader of the party in the state, he believes that the other leaders of the  party are keenly aware that only unity and togetherness would win and liberate Delta State.

The business mogul decried any attempt by two or more leaders to gang up against one or two others, warning, “that is the losing formula that we have applied over the years. We must have one united party, it is the only winning formula.

In his remark, the chairman of the Delta APC Registration and Revalidation Committee, Surveyor Abiodun Aluko, said members of the committee were at the home of Olorogun Emerhor to seek his support for the ongoing exercise and to thank him for his support for the growth of the party in Nigeria.

Aluko, a former deputy governor of Ekiti State, commended Emerhor for his stance on the unity of the party just as he enjoined leaders of the party to imbibe the message of unity.