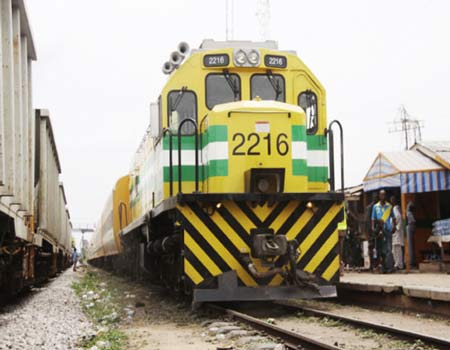 The Nigerian Institute of Social and Economic Research (NISER), Ibadan, has tasked the National Assembly to repeal the 63-year old Nigeria Railway Corporation (NRC) Act and pass the into law the 11-year old bill for the re-enactment of the NRC Act.

The institute bemoaned that the continued failure to repeal and replace the NRC Act No. 1955 which continued to debar the private sector from having the legal rights to be involved in the nation’s railway sector.

Speaking at the monthly seminar series of the institute, Mrs Adebukola Daramola of the Environment and Physical Infrastructure Policy Department of NISER Ibadan, expressed fears that the failure of the 8th Assembly to pass the bill, which had gone beyond second reading, into law would amount to restarting the process when the 9th Assembly resumes.

Daramola, who spoke on “Rail Transport Reform and Socioeconomic effects in Nigeria,” noted that the desired reformation of the nation’s railway sector by 2027 was being slowed down due to lack of legal rights for private sector participation.

Seventeen years into the implementation of the 25-year railway reform blueprint, she decried that the nation’s railways remained largely a monolith, still required $45 billion to complete the needed standard gauge rail lines while management was yet to be separated from other functions to encourage private sector involvement.

The bill is expected to give a legal framework to government’s reform programme of the railways, promote competition for delivery of effective rail services, guarantee railway concessioning, ensure effective passenger services and determination of public service obligations.

She also noted the need for incentives, trade-offs, fixing the rails and trains for increased speed so that Nigerians can leave the overstretched roads for rail transport.

Daramola further prayed for a revival of the iron and steel industry, especially the Ajaokuta steel company, so as to boost local production of steels.

Dr Josiah Omirin of the Department of Urban and Regional Planning, the University of Ibadan, who chaired the event, said it was worrisome that the nation had not tapped into the rail’s potential as an environment-friendly, cost-effective, efficient means of transport.

Omirin wondered why rail remained on the exclusive liar and only struggled to fix a standard gauge rail system when several other countries had embraced light rail and approached magnetic rail.

Aside from the nation acquiring modern rail equipment, he emphasized the imperative of the nation’s ministry of transportation engendering a highly skilled and well-motivated workforce for more efficient rail operation.