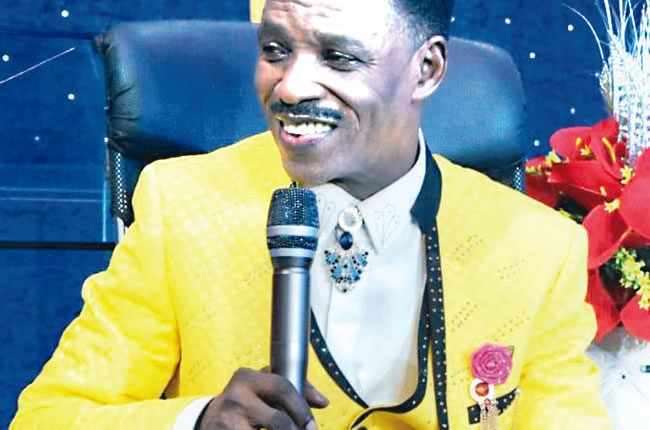 Bishop Leonard Umunna is the General Overseer of Bible Life Church, Lagos. In this interview with SEYI SOKOYA, he speaks on national issues and the church in general.

The preparation for the 2023 general election is gathering momentum. What is your take on the development considering the political parties and persons who have shown interest?

I have always said that we have never elected a president; rather we have been having selections, and then asking the people to vote. The coming election is the time to do the right thing, if I am to use that word. It is an opportunity to get it right. But a decision might have been made behind doors; what do you expect me now to say? When you are not sure of the referee; how do you say this is going to be the result of the match? Look at the rising case of voter apathy. When the people now realised that with the way some primaries are going on in some parties, they end up throwing up people that are not being expected as candidates.

So, when people see these candidates, they begin to lose interest in the process. The whole thing has been compounded now. The Independent National Electoral Commission (INEC) has told us that in some states, it recorded as high as 60 percent of multiple registrations and it is too late for correction.What we are saying is that we are not depending on indices, machinery and proven way of doing the right thing, but on the oligarchy – powers that be; those that determine whether the election will hold or not.

Who among the candidates that have declared their political ambition do you consider most suitable?

There is no part of Nigeria that one cannot get good presidential candidates. Nigeria is many nations in one. So, I cannot recommend one. Let me give you two names each from the three regions, starting from the North. I am talking about people who have proven track records, visions,and have evidently performed. You may not like them or their characters, but I am talking about their track records and what the people are looking for.

These are people who have in different ways fought the things we are fighting now – either in their states, in business life, among others.Let us start from the North– Governor Babagana Zulum and former Vice President Atiku Abubakar. These people have track record and integrity on the tasks they are assigned to. For the West, I tip Bola Ahmed Tinubu; from the East, I will pick Peter Obi and Nyesom Wike based on the criteria I have given.I hope the oligarchy will allow any of them, and things, to go the proper way. Nigeria is not as it should be. We are being ruled by powers beyond us, spiritually and physically. The point is we are over-shadowing the correct ones by our wrong constitutional framework. I have said it several times that the constitution we are operating does not need this patch-patch amendment, but a totally brand-newconstitution.

God always raises a leader, but when He does that, we scuttle it through our criminal acts, bad justice system, occult practices and all the evils going on. The whole nation must repent like the people of Nineveh. It is not about sending people to go and pray while you stay behind. No; but the leader and the led must pray to God for forgiveness and healing of our nation.

What is the role of the church in the enthronement of a responsible government?

The church is an authority on its own. It is Christ’s agency on earth. Government is a different arm also. On election matter, the church’s role is to educate the members, urge them to go and vote with their conscience, vote in the will of God and do their part for that will of God to be done. The church’s role is effective prayers. But I have observed that for years, that many government officials go for prayers in those places where they demand money for candle. There are also church leaders that refuse to tell government the truth and they go to them for the kind of prayers and prophecies they like. God has put the church there to preach the good news; prayer for secular leaders, prayer for their well-being and the peace of the land. If the church is doing all these things in reality; God is well-pleased. But if they do not on the other hand, teach the people the kingdom values that make for good governance, so that those among their members would vie for these elective offices, unbelievers will be using them for bad example. So, the thing goes beyond prayer and teaching to practising. The church’s role is clear; it is the salt of the society. Every church is expected to depict holiness. Every Church leader should be the father to all members, providing counseling and guiding them, not being partisan in politics, and should guide their members in taking good decisions. If the church plays its role well and the leaders do not give themselves to gluttony, then God will be well-pleased and heal the land if they pray. The slumbering church should wake-up because Nigeria is at the edge of the precipice. We can’t afford to get it wrong this time.

What advice do you have for Nigerians towards the forthcoming election?

Nigerians must get it right this time. We are at war in different sectors. The only thing is that it is not official war. This is not the issue of ethnicity; religion, my this; my that. A lot of people are fleeing the country. They just want to go anywhere else; even to smaller nations. It is just about getting out of Nigeria – that is what is on people’s minds right now. Nigerians must not allow voter apathy or indifference (it-does-not-concern-me attitude). No; people must go out and vote wisely. Do not negotiate your vote. It is your future; it is your children’s future; it is your ticket when you get to other nations; it is your identity; that you elected a good and responsible government that is respected outside the country. Nigeria should know it that we have more at stake than our leaders.

While we pray for God to give us a good leader, we must play our own part because angels are not coming to vote for you; we will pray and also do our part. Nigerians must vote with their conscience. The people must be educated on the need of the hour. Look at where we are – Naira is over devalued; health is undervalued. Even a chicken price is better than that of a Nigerian. Thank God INEC is trying to get the electronic system of uploading results and to make the process a little bit transparent; our own role is to get to the polling booth and cast our votes. Do not allow anybody to push you into double registration because it won’t count. If we don’t get it right this time around, who is ready to stand another round of four to eight years of hell on earth? I don’t know.