Nigeria: Food as a political weapon 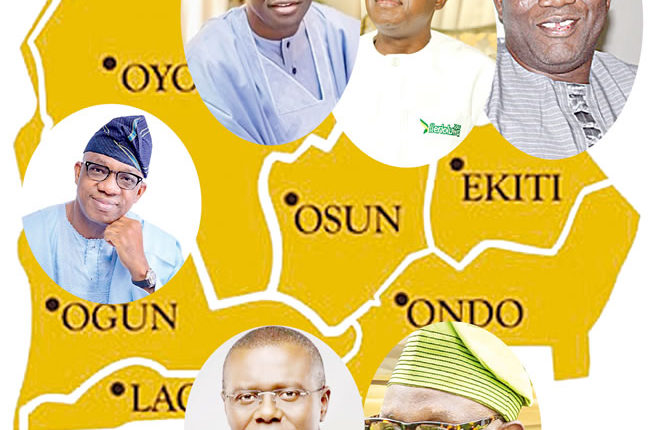 With the dust created by the blocking of staple food items being conveyed to the South by traders from the North, KUNLE ODEREMI examines the long-term challenges for the polity.

ON Tuesday, June 6, 2017, youths from the North issued a quit notice that the Igbo resident in that part of the country. In what they tagged the Kaduna Declaration, they threatened to enforce the order if by October 30 the Igbo refused to relocate to the South-East. It listed seven key grounds for declaring the Igbo persona non grata in the North, including claims that the Igbo had “done and are doing more damage to our collective nationhood than any other ethnic group; being responsible for the first violent interference with democracy in Nigeria resulting in a prolonged counter-productive chain of military dictatorship.” In their declaration, they have a concrete plan on how the quit notice would be enforced if they directive was ignored thus: “All northern civil society and pressure groups are by this declaration mandated to mobilize for sustained, coordinated campaigns at their respective State Government Houses, state Houses of Assembly, Local Government Council secretariats, and traditional palaces to mount pressure for steps to be taken to ensure enforcement of the directives contained herein.

“In conclusion, we are hereby placing the Nigerian authorities and the entire nation on notice that as from the 1st October 2017, we shall commence the implementation of visible actions to prove to the whole world that we are no longer part of any federal union that should do with the Igbo. From that date, effective, peaceful and safe mop-up of all the remnants of the stubborn Igbo that neglect to heed this quit notice shall commence to finally eject them from every part of the North. And finally, all authorities, individuals or groups are hereby advised against attempting to undermine this declaration by insisting on this union with the Igbo who have thus far proved to be an unnecessary baggage carried too far and for too long.”

The quit notice further triggered calls for a referendum to enable Nigerians determine the future of the country. But unscathed by the anger that trailed the ultimatum, the northern youths again issued another ultimatum on July 4, 2019 when the Federal Government buckled on its RUGA plan following farmers-herders’ clashes across the country. Through a statement issued by their leader, Abdul Azeez Suleman, they threatened fire and brimstone against non-indigenes in the North because the main opposition to the Ruga policy from the South if the authorities did not recant on its decision. Miffed by the utterances of the northern youths, the then president-general of the pan-Igbo organisation, Ohanaeze Ndigbo, Chief Nnia Nwodo had declared: “This irresponsible, unlawful and provocative outburst reminds me of the northern youths’ notice to quit the North to southerners two years ago.The threat to evict law-abiding Nigerians from their places of abode in northern Nigeria is treasonable and obviously like the gun-trotting herdsmen will go unnoticed by our federally-controlled law enforcement agencies.”

From quit notice to food blockade

This and other forms of threats to the oneness of the country constitute constant and stubborn blight and growth in the polity, in spite of the repetitious claim by the authorities that the sanctity of the unity of the country could never be compromised. Four days, the north through a cartel of farmers, opted to deploy the arsenal of food as political weapon against the southern part of the country. The consequence has been spiraling inflationary trend, with the prices of mostly staple food items flying in a geometric proportion. It took cajoling, begging and indulgence from certain political quarters with uncanny vested interest in the 2023 polls to burst the blockade.

Until perhaps, the late 80s, the South had largely depended on self-sustenance for food security. The system enjoyed a measure or semblance of stability in the supply and demand chain of essential food items. This was despite the domino effects created by the 1976 Udoji cash award to workers, which was intended to shore up the purchasing power and status of the working class. Common staple food items like rice, beans, yam, maize and even other root crops were sourced locally with little coming from the North. Though subsistence farming predominated, there was never a time and period the items were in serious supply to warrant imminent famine and hunger in the South. The South equally constituted the hub for commerce, finance and indeed, accounted for export crops like cocoa, palm oil, kernel, coal and rubber while the North complemented with arable crops such as essentially groundnut and cotton, for export. Inappropriate political dispositions and indiscretions later landed the South in its current trepidation over attempts by the northern cartel to stifle the South of staple food items.

Many experts had envisaged the current food crisis triggered by the ‘inappropriate action of the traders against the South and consistently called for proactive measures and actions to stave off such problem. They had led the advocacy that the South looked beyond the climate change that has altered the chain of activities of man, even before the induced hostilities by terrorist groups of herders ravaging farmlands and killing innocent citizens. Coupled with this is the huge dependency on small-holding farmers with no access to sophisticated technology with higher capacity yield, quality and value addition in return at the end of season of harvest. Thus, from the era of Operation Feed the Nation to the Green Revolution and other similar initiatives, the centrifugal forces and portfolio farmers have held sway, instead of a radical transformational strategy in the North. The policies only enriched ‘emergency farmers in the South,’ even with the establishment of River Basin authorities to foster an all-year round farming, notwithstanding the template pioneered by nationalists that midwifed Nigeria’s independence. Those first generation of political leaders encouraged agriculture through policies and schemes as farm settlement, which guaranteed the optimal exploit of comparative advantage by the federating units. The process gave birth to commodity boards that to moped up bumper harvests, preserved them, added value and ensured export at the same time. It also led to the sprouting of agro-allied industries with the chain effect of employment generation for both skilled and unskilled citizens of the country.

Blessed with lush vegetation and tropical climate, the South has virgin land begging for cultivation. The pace or urbanisation in the region has led to massive migration from the rural to the cities. And political leaders from the axis pay lip service to opening up the rural communities where there is the huge agricultural potentials. A compatriot based in the United States, Dr Kayode J Fakinlede, in his book titled: Wealth of the Yoruba People, highlighted the veritable resource for such wealth creation in the South. He recalled: “Even before the advent of the oil boom, the Yoruba people were able to create enormous wealth by utilising their human and natural potentials judiciously. Schools were built, hospitals were run and all the smack of the good life became commonplace,’ he said but a mental block has since arisen within our society that says that wealth can only come from the federal government….” Dr Fakindele contended that the Yoruba need to go back to the basics in the bid to achieve maximum harnessing of their main resource. “Thus, the principal creator of wealth at all levels within all Yoruba communities is the Yoruba person. It does not matter what resources are made available from outside. It is the human person constituting the community that is the main resource for wealth creation of lack of it. It is therefore the management of these human resources that will dictate our ability to progress in any endeavour that may be undertaken,” he said.

In an attempt to break away from the era of neglect and inertia, the six states in the South-West came up with the Development Agenda for the Western Nigeria (DAWN). It is meant to fast-track the pave of the zone self-discovery as the pacesetter in all spheres of human endeavour as envisioned and actualised by the late premier of the defunct Western Region, Chief Awolowo. Dawn was designed to serve as the catalyst for economic growth and development towards completing the efforts of the ageless Oodua Group of companies.  However, the DAWN plan was preceded by a number of moves borne out of the desire by South-West leaders to change the narrative from dependency to self-reliance and self sustenance. . For example, the leaders under the auspicious of Afenifere launched an elaborate action plan to herald a paradigm shift in the middle of 1990s. At a Congress of the Yoruba ethnic nationality convened by Afenifere under the leadership of the late senator Abraham Adesanya in Lagos,  the leaders set up a number of special committees, including agriculture and education. Little was heard about the great initiative and vision despite the calibre, pedigree and professional backgrounds of the membership of the various committees drawn from within the country and in the Diaspora.

How South-West can call the bluff of northerners in food supply —Karim, ex-MD Costain