How South-West can call the bluff of northerners in food supply —Karim, ex-MD Costain 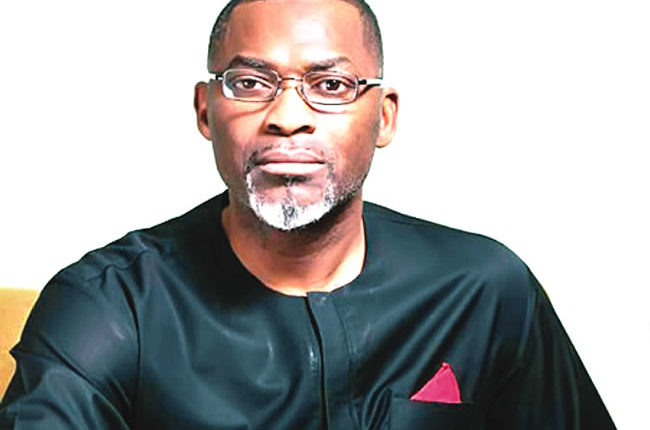 A former Managing Director of Costain West Africa, one of the largest construction companies in Nigeria, Mr Ayodeji Karim, is the Chief Executive Officer of Winchester Farm. He speaks to DARE ADEKANMBI on what the South-West needs to do to attain food sufficiency, among others.

YOU and a few others did a programme tagged South-West food summit via Zoom recently. Could you tell us what informed the summit and some of the decisions reached at the end of it? Was it against the background of the food embargo by the North?

I was the inaugural guest speaker and part of the things I spoke about was food security in general and that was before the blockade of food to the South-West by the North. So, I was called again to see how we can be self-sufficient in food production in the South-West, such that we won’t have to rely on outsiders for food supply. So, that was what culminated in that summit. For me, I don’t want to get involved in any summit where it is just going to be talking shop. I am tired of just talking and talking. I want action. I want us to have a game plan and to put action in place.

Would you say the summit achieved its aim in terms of what should be done in the short, medium and long-term to provide food for the people of the South-West?

I will start this way. Ondo State is a large frontier of Yorubaland if you are going up North. So, the state has to play a pivotal role in food production and food security. I offered a couple of suggestions. First, there has to be an enabling environment for agriculture to thrive. Second, we need to have a legal framework to back up any investment that we are putting into agriculture. Third, the government has to fast-track the approval of investors’ applications for investment in agriculture. We agreed this has to be done within a maximum time of two weeks. If I am applying for export licence, NAFDAC approval, government needs to find a way to get this done within two weeks.  The most important is how to raise finance for investment in agribusiness. This is very simple. We have a lot of people in the South-West who have what we refer to as redundant funds, people who, all they want to do is build hotels and all that. We need to get away from those things and focus on agric business. And if we look at agric as a business, it must bring profits because you will have to deliver quality to the consumers. We also need to re-orient our people that agric is not just about going to their farms. If they are farming 100 rabbits, how much are they spending and what is the output?  We need to be a bit more aggressive in the way we look at agribusiness.

In terms of data, what types of crops can grow in the South-West and the number of individuals who are into private agribusiness like you?

As an investor, my focus is on animal husbandry. Every human being in Nigeria is supposed to consume about 56 grammes of protein per day and we are a people of 200 million population. So, do the math. We are supposed to consume about 9 million cows from the North to the South. Out of the 9 million cows we are supposed to consume in a year, 63 per cent are consumed in the South-West alone. Guess what, the total number that we produce in the South-West is 500,000 and we consume millions. About 2.5 million cows come to us from somewhere else. Currently in Nigeria, we are producing and consuming 4.5 million cows in a year, which means we are producing 100 per cent and consuming 100 per cent. Out of the 4.5 million that we produce and consume in Nigeria, 2.5 million of the cows come from across the border, namely Cameroon, Chad, Niger and Benin Republic.  So, when there is a blockade like we had in the last few days, it means we will only be able to meet one sixth of our needs, while five over six gap. The blockade has exposed that there is no food security in the South-West. So, we need to look at agribusiness, especially animal husbandry as a major source of income for us. This can do three things for us as a region: we can use it to create jobs, achieve industrialisation and reduce the cruelty to animals that is currently being perpetrated by everybody.

Have you tabled the communiqué drawn from the meeting to the governments of the zone?

The team leader, Mr Roy Ojomo, who came from the United States, is the one collating and documenting everything. Once he is done, he will forward it to the relevant parts of government. What I have told you is something I have done myself. I am a farmer in Ibadan with interest in animal husbandry. I have a processing plant. We are consuming less than we are producing in the zone. So, there is a huge investment opportunity in this area. The finance that I talked about earlier can’t be government finance which is at 23 or 16 per cent interest rate. It has to be less than 10 per cent. If we go to the Central Bank that is controlled by people that are not from the South-West, there might be some resistance. So, we need to think out of the box. Where are the South-Westerns who have a lot of funds? How can we convince them to invest those funds in the South-West to improve animal husbandry? What will happen in the end is that the prices of beef and meat products will reduce by about 25 per cent. There will be less issues of security because if I have 10, 000 cows and you also have the same number and someone in Ondo does too, we will form a cooperative and if we do not finish our products, nobody outside the zone will be able to sell. So, it will not be an issue if those from the North want to practise open grazing; they can match their cattle from Maiduguri to Ibadan, if we don’t buy from them, they will go to Jebba and if there is need for them, we will call them. The issue of carrying AK-47 will be reduced by at least 50 per cent within 18 months. It is not a fight with anybody. We are just using economic indices to deal with the issue.

In the South-West, we need to get away from the talking stage to action stage. When we have a communiqué, action should follow that. When the chairman called me yesterday, I suggested we come up with a Fund to get $1,000 form 1,000 people. Within 24 hours of the formation of the Fund, more than 23 people have signed up for the scheme. I also advised that we segment it into Europe, US and Africa such that there will be 3, 000 people who believe in the scheme to pay $1, 000 each.

Quote me anywhere, the most fertile part of Africa is South-West Nigeria from Ondo to Lagos. Put some corn grains in the ground in your compound and come back in two days to see it germinate. There is no other part of Africa where such a thing will happen. It is either we are not very smart or some of us are very smart, but are sitting on goldmine and we don’t realize it. Most of us migrated to the cities abandoning the villages and a lifestyle that would have given us the biggest returns on investment far bigger than oil. I was a managing director of one of the biggest construction companies in this country, Costain. I left all of that to come back to agric and food business. I have over 150 people employed in Oyo State alone and it is growing. I have just finished my 400-seater restaurant in Felele with four kitchens- barbeque, sharwama, amala and a kitchen to do commercial cooking. If you do quality food and the price is very competitive, you can go wrong.  For me, I am looking at backward integration. I have over 1,400 cows in Ibadan with a processing plant where we slaughter and process cows and chickens. I don’t want to rely on a third party to buy my products. So, I built a restaurant. If we don’t get out and do these things, nobody is going to do them for us. It is time for us to put our money where our mouth is.

Nigeria: Food as a political weapon