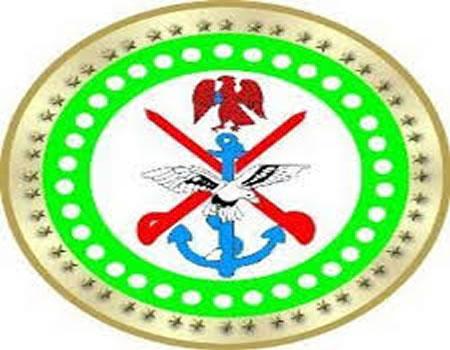 THE Nigerian Defence Headquarters, on Wednesday, said that it would strengthen its security on military institutions and intelligence documents among the Armed Forces.

The Chief of Defence Staff, General Gabriel Olonisakin disclosed this in Abuja, while commissioning the Admiralty Printing Press set up by the Nigerian Navy.

According to him, the printing press “is significant because it is truly historic for the unique operational and economic implications it holds.

“It is an option of choice for its appropriateness to strengthen the security of the process of producing classified documents and other military materials required for operations and training.

“It is also envisaged that it would enhance the proficiency and professionalism among those personnel with relevant background who would be deployed to man it.

“Its commercial prospects from the part of the services that could be offered to the public and the employment openings it offers are tangibles of great corporate social responsibility and supportive of civil-military relation.

“It is certain that these improvements have been positively impactful on the operation effectiveness and efficiency of the Navy”, he added.

Also speaking, Chief of Naval Staff, Vice Admiral Ibok Ete-Ibas added that the objective for setting up the printing press was exercise considerable control over the classified materials in view of their strategic value.

“The incentives for the pursuit and completion of this infrastructure are many folds. First, it is another way for the Nigerian Navy to heed the Commander-in-Chief’s call for the Armed Forces to strive hard on development of local capacity for their needs”, he said.

Ibas further stated that the printing press would help the Navy save cost and assist in national development and employment efforts.

There should be no hiding place for treasury looters ― Obasanjo

COVID-19: Defence headquarters rule out involvement of military personnel for…