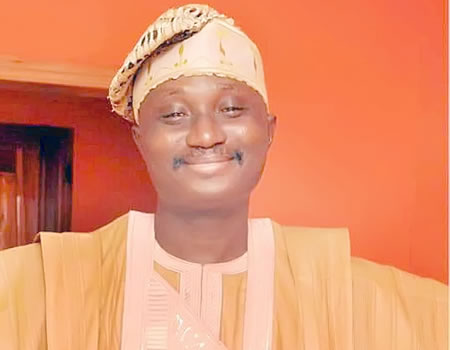 Dr Adetunji Ogunyemi is a legal practitioner, economic historian and currently the Head of the Department of History, Obafemi Awolowo University, Ile Ife. He speaks with DARE ADEKANMBI on report of professional misconduct by security operatives during the last elections, offers suggestions on how the electoral system can be tidied up, among others.

The United States and the European Union in the 2019 Human Rights Practices in Nigeria accused the military and personnel of the Department of State Services (DSS) of unprofessional conduct during the 2019 elections. As an experienced scholsar on election matters in the country, do you agree with that submission?

That is plausible and it is not un-Nigerian to have that kind of conclusion. At any rate, that was also the lot of our 2007 elections which were so terrible that the then elected president, Alhaji Umaru Yar’Adua, promised to do a significant reform of the electoral process. He admitted the level of fraud in the election and the use of the police and the military to harass voters. This is actually an Achilles’ heel of Nigeria’s electoral system and is part of the impunities in the system. It is not a regime issue. Every government in power in Nigeria uses the suppressive apparatuses of government, either the police or the military, in its favour and utterly at the disfavour of the opponent. The same thing happens in the states where some validly democratically elected local government councils have been dissolved by governors who belong to different political parties and put caretaker committees in place in the states. This is in sharp contradistinction to the express provision of the 1999 Constitution as altered in Section 7, which says a system of a democratically elected local government shall be guaranteed by the constitution. So, it is a Nigerian disease and it is not a new thing. At any rate, they are not telling us anything new.

They also mentioned voter intimidation and harassment of electoral officials as well as election observers. Should these not be worrying, given that it has been more than 20 years of civil rule in the country?

That is a sweeping statement. For example in Ile-Ife, where I voted, nobody was harassed, at least in the two polling booths that are close to my house. Maybe they wanted to give specific areas and are trying to say, for example, in Bayelsa or River State. In fact, in the South-South of Nigeria, no true elections have ever been held there, particularly in the creeks and the offshore towns and villages that we have in the coastal cities. The truth of the matter is that the terrain and the topography of the place is such that it permits what is called ‘ungoverned space,’ areas that government itself admits it has no authority and can admit it has no presence. It is also agreeable that areas in the North-East zone where Boko Haram has been either shown to be extant or very active,  in those areas, no one can bring out a report to show that elections were either free or fair. But we know that issue of election being free or fair is in the proportionality of its freeness or fairness. Put everything together, when you joggle it on a scale, would you say there has not been substantial compliance with the Electoral Act? I will disagree with any report that says or tries to claim that the last presidential election was not in substantial compliance with the Electoral Act. It was, but we can say that there was significant frustration of the electoral process, intimidation in the North-East and the South-South. These are the problems of Nigeria.

The report also observed that large-scale manipulation took place during the collation process. Does this observation not make e-voting or e-collation imperative in cleaning up the electoral system?

No one in Nigeria today should argue that in the current system and with the current development in ICT, electronic voting is not acceptable. It ought to be acceptable and ought to be the norm and be widespread. Hope you know that we know that we have more than 40 million telephone lines in Nigeria. Who are those using these lines? Are they only in the cities? Even our mothers that are not so lettered are now using telephone lines. We don’t need more than the technology we need to use a phone for electronic voting. So, I subscribe very hugely to electronic voting in all parts of the country without any exception. Now, people can register for UTME electronically on their phones. None of our youths is complaining about that. The youths are in greater proportion as voters than those who are not in the youth bracket, people we can assume as not being very lettered. So, it can no longer be an escapist argument to say we can’t have electronic voting because a majority of Nigerians are illiterates. The majority of Nigerians are no longer illiterates because we now have more Nigerians who can read and write their names and they are about 55 per cent of the total population. It is no longer a good argument to say because illiteracy level is high in Nigeria, electronic voting is not possible. Not only that, announcement of results should be done at the local government collation centres and not at the state collation centres. People should be able to know who won in a local government. Since it is electronic, it can be back-checked and cross-checked.  So, it is a good thing to do in the country’s electoral system now.

The issue of vote buying also featured in the report with specific mention of Osun and Kano supplementary elections. We recall the EFCC deployed its men to combat vote buying during the election. Can we then say the politicians beat the anti-graft agency to the game?

It is a laughable thing for any political party whatsoever and thank God these people are not political parties, to say there was vote buying in the last elections. The truth of the matter is that a political party would usually out-by the others. Virtually all political parties in the country engage in vote buying or what I call vote merchandising. The idea of complaining is laughable because we know that all of them do it. The only thing is that if a person is complaining of a crime, because to induce a person is bribery and corruption and it is not a function of the EFCC which is set up to guide against money laundering. It is nonsensical to deploy the EFCC for such an assignment. It is the function of the ICPC to so do. But how many of the ICPC officials can we get to cover the whole country? If they were complaining about Osun election, and people have the right to complain about Osun, are they saying that either of the party that won or lost did not buy votes? Are we saying PDP did not buy votes in Osogbo or APC did not buy votes in Ife? The truth was that some parties were out-bought. What we call vote buying or what I call vote merchandising is not necessarily political party disease. It is also a function of the voters’ disease. Voters deliberately and physically ask for money before they can vote at election. So, we can’t be complaining about he who is buying votes. What of he who is selling votes? Okada riders ask for N1, 000 and say after all, it can buy four litres of petrol for his okada. So, it is a combination of the function political greed, poverty and the like. Yes, there has been buying and selling of votes in the country. Who is complaining? Let he who is complaining go to court and once he begins to complain of a crime committed during voting, the fellow will lose such argument in court. The onus of proving a crime committed in a civil case during an election is that the claimant must prove beyond skepticism or reasonable doubt. The possibility that the fellow will lose the argument in court is so clear. In election matters, the burden of proving beyond reasonable doubt is always heavier, higher and greater than that of a civil wrong.

Ondo explosion: I prayed against death as church collapsed on us –Church founder