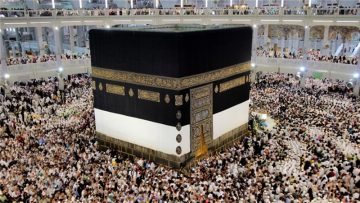 Niger State Pilgrims Welfare Board has said that it has released no fewer than about 1,165 names of intending Pilgrims, as rollover of 2020 for the 2021 Hajj Operation in the state.

The Executive Secretary of the Board, Malam Umaru Makun Lapai stated this on Wednesday, during an interactive session with Journalists shortly after an interface with the State House of Assembly Committee on Religious Affairs in Minna, the state capital.

He said the list was a rollover of those who paid for the 2020 hajj, but could not perform the hajj as a result of the global COVID-19 pandemic.

Lapai stated further that the board had commenced preparation as well as remittance to the National Hajj Commission, highlighting that budget had been given to the board and was working towards it.

“The national body has given us the go-ahead and hopes to prepare for the 2021 hajj in Mecca, in the Kingdom of Saudi Arabia and I believe God is in control of everything,” he said.

He said the board was liaising with the national body to provide facilities that would address the issue of COVID-19 vaccination, adding that the board was prepared for the 2021 hajj operation.

The Executive Secretary noted that priority would be given to those who registered in 2020 and called on intending pilgrims to check for their names for clarification.

Also, the Chairman of the Committee and member representing Mashegu Constituency in the state House of Assembly, Hon. Abubakar Umaru said the committee would support the board for a successful 2021 hajj operation in the state.