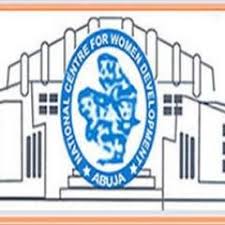 Checks by Tribune Online showed that the while the Council in its proposal, sought for N50 million for construction/provision which covered provision of electricity, the National Assembly tweaked that aspect of the budget for the same item and introduced infrastructure to the line item.

In the 2022 Appropriation Act, the lone-item doubled with increased budgetary allocations for expenditure as the national assembly introduced infrastructure to it.

Tribune Online, also noted that in the bill, NCWD proposal for “other capital projects” which comprised of research and development N776,081,958, monitoring and evaluation N15,000,000 and N30,000,000 for anniversaries and celebrations.

Some of the capital budget increased include Economic Recovery Growth Plan (ERPG), “2215117 Empowerment programmes and provision of starter kits to women/youths in the North East states on various vocational skills” which had N140,000,000 proposed but got jerked up to “N200,000,000”.

President Muhammadu Buhari had expressed reservations on the injections 6,576 projects  into the 2022 budget as he signed the 2022 Appropriation Bill to an Appropriation Act, on the 31.