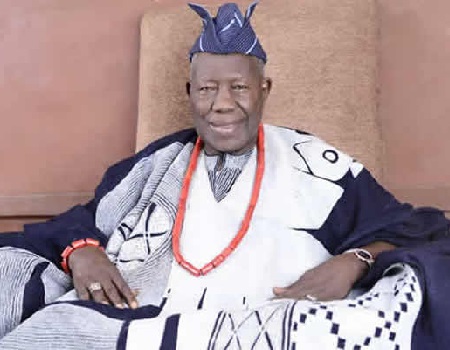 The Olubadan of Ibadanland, and Chairman, Oyo State Council of Obas and Chiefs, Oba Saliu Akanmu Adetunji, who joined his ancestors on Sunday morning, would be buried the same day.

According to a statement by his  Personal Assistant/Director of Media and Publicity, Adeola Oloko, Oba Adetunji passed away at the University College Hospital (UCH), Ibadan.

He is survived by his wife, Olori Rashidat Ololade Adetunji, children, grandchildren and great grandchildren.

The statement said the foremost traditional ruler would be buried at 4.00 p.m. on Sunday at his Popoyemoja palace according to Muslim rites.

Also according to the Ibadan Traditional Council, the interment would be preceded by the Janaza prayers which will take place at Mapo, Ibadan.

APC convention must not be about electing its officers alone — Lukman, DG, PG

Why Benue people are not happy with FG ― Middle Belt group

Why next Lagos governor should be a woman ― Princess Oyefusi