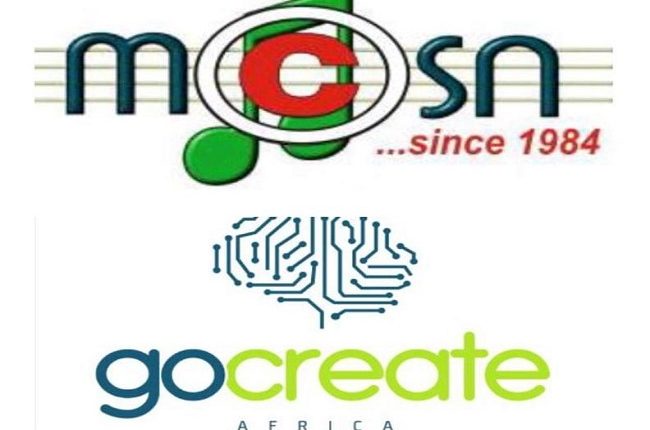 The Nigerian Copyright Commission (NCC) has expressed its unflinching support for the Musical Copyright Society Nigeria’s (MCSN) GoCreate app which will soon be deployed for monitoring and tracking of the use and exploitation of musical works and sound recordings in the country.

The assurance was given by Mr Augustine  Amodu, the Director, Regulatory Department when MCSN  formally presented the app to the Nigerian Copyright Commission (NCC) to demonstrate how it works.

In a Zoom meeting tagged, “GoCreate App presentation to Nigerian Copyright Commission” held on August 13th, MCSN’s Chief Technology Officer, Mr Onome Ojigbo, took participants through a GoCreate experience tour.  Once the user installs and registers on the app, they can go to any section that applies to their needs.

For instance, a rights owner or musician would be directed by the app to upload his works or check if and how his works have been used or played by any particular medium, from which he would have an idea of how much he would be expecting in terms of royalty earnings.

On the side of music users such as broadcast stations, the app, once installed, would track, monitor and store all the broadcast contents of the station and report accurately.  This effectively helps a broadcaster using the app to meet their legal obligation of keeping the logs of their broadcasts as required by the National Broadcasting Commission Act and codes.  To the MCSN, the app would help solve the problem of transparency which has for long confronted copyright and royalty administration.  With accurate tracking, monitoring, report and analysis of works used, either through broadcast or on any platform, beneficiaries of royalties would get fair and equitable payments for the use of their works.

During the tour of the GoCreate App, questions such as the benefits to the artistes, transparency and enforcement among others were raised and clearly answered to the satisfaction of participants.

Mr. Amodu, on behalf of the director-general of the NCC expressed satisfaction about the good prospect which the app would have for the creative industry.  He commended the MCSN’s team for the development of the pp and assured the management of MCSN that NCC would cooperate with it (MSCN) in a transparent and sincere manner to ensure the success of the deployment of the app so that the works of creators and authors are monitored effectively to ensure that they are adequately rewarded for the exploitation of their works.

“The NCC will work transparently and sincerely with MCSN to ensure the success of the app so that owners of musical works are adequately rewarded no matter where such works are exploited” Mr. Amodu who spoke on behalf of the director-general of the commission said.

Like the regulator in him, he wanted to know how the operation of the app will be enforced with reference to exploitation of music after the technical team of MCSN had taken participants through the workings of the app. He was assured by the CEO of MCSN, Mayo Ayilaran, that NCC as the regulator has a role to play because under the Copyright laws, civil and criminal redress can go on simultaneously in case of infringement.

The Deputy Director, Regulatory Department of the NCC,  Mrs. Susan Bashorun, described the imminent deployment of the app  as a positive development for copyright administration. She called on the management of MCSN to ensure that creators at the grassroots are carried along in the laudable development.

More Shocks As Unemployment Data Exposes Misery Status Of Nigerians
BEFORE now, economic and finance experts found it difficult to assess the healthy nature of the labour market and how to measure the impact of government policies targeted at creating jobs because of lack of real time labour data. But on Friday, August 14, 2020, the concerns were only slightly eased as the National Bureau of Statistics (NBS) published second quarter (Q2):2020 labour statistics, the first report since Q3:2018…MCSN’s GoCreate app

MONDAY LINES: Obasanjo’s (D)Art Of Condolence
Ben Guriano of The Washington Post described them in 2018 as ‘taboo enforcers.’ These are trolls seeking to upend truth and subvert facts about the life and times of the dead. ‘Do not speak ill of the dead’ came originally from a Spartan philosopher, then it was latinated by the Romans to read De mortuis nihil nisi bonum – and got spread around the world like Chinese viruses. The black man, as in all cases, contracted the no-no and turned it into a religion, got drunk with it and won’t mind killing for it…MCSN’s GoCreate app

2.4 Million Households To Benefit From FG’s Stimulus Package — Presidential Aide
TO ensure food security for citizens, at least 2.4 million households will benefit from the Federal Government’s post-COVID-19 stimulus package, a presidential aide says. Dr Andrew Kwasari, Senior Special Assistant (SSA), to the President on Agriculture, disclosed this in an interview with the News Agency of Nigeria (NAN) on Sunday in Abuja. Kwasari spoke against the backdrop of projects anchored by the Nigerian Economic Sustainability Committee (NESC) to secure the economy against the effects of COVID-19…MCSN’s GoCreate app

SERAP Demands Withdrawal Of Broadcasting Code Seeking To Sanction Contents ‘Insulting’ Leader
THE Socio-Economic Rights and Accountability Project (SERAP) has sent an open letter to President Muhammadu Buhari, urging him to “urgently instruct the Minister of Information and Culture, Mr Lai Mohammed, and the National Broadcasting Commission (NBC) to withdraw the apparently illegal broadcasting code and memo threatening to sanction any broadcast that denigrates, disrespects or insults the president, governors…MCSN’s GoCreate app