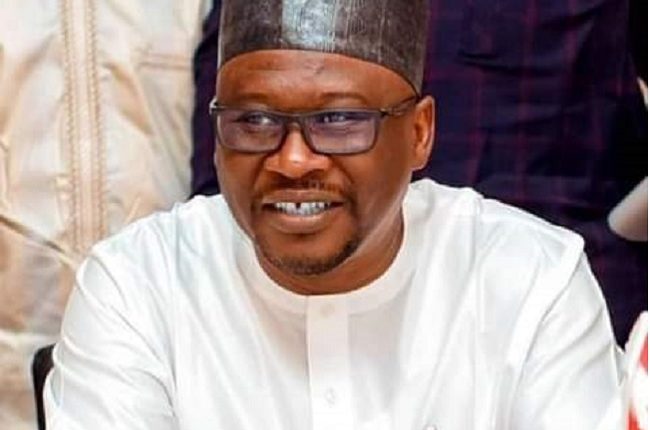 Following The hullabaloo that followed the 100 billion naira bond approved by the Adamawa State House of Assembly this week, the Secretary to the government of Adamawa SSG, Mr. Bashair Ahamed has cleared the air on the need for the bond.

The SSG said the bond is part of measures being put in place to improve Internally Generated Revenue (IGR).

He stated that the Bond will be utilized through Agribusiness.

Stressing that ” a bond is a fixed income instrument that provides funds for projects.”

A bond could be thought of as an I.O.U. between the lender and borrower that includes the details of payments.

Bonds are used by companies, municipalities, states, and sovereign governments to finance projects and operations. Owners of bonds are debt holders, or creditors, of the issuer.

Bond details include the end date when the principal of the loan is due to be paid to the bond owner and it usually includes the terms for variable or fixed interest payments made by the borrower.

“Taking a look at the benefits of this bond, in the face of dwindling economic resources in the country, the Adamawa State Government has deemed it necessary to prioritize Agribusiness to boost its IGR through the services of a consultant, Arewa Research and Development Project.”

The programme tagged, “Adamawa State Agribusiness Support Programme” (ADAS) is designed to take full advantage of the agricultural opportunities within the state and will focus on three areas of Crop Value chain, Livestock and Acquaculture,” the SSG said.

Noting that the state stands to improve on its annual IGR from N8.3billion at inception to N45billion by the tenth year, with a N5.15billion credit Guarantee fund and an increase in Gross Domestic Product GDP from N1.7 billion to N7.8 trillion.

Speaking on the project, Head of Arewa Research and Development Project, Aminu Buhari said the programme will provide a Credit Guarantee Scheme of 5.15 billion that will be used to generate an additional IGR of 2.4b in the first year of operations.

Adding that it will drive socioeconomic benefits in the areas of employment generation, poverty reduction, wealth creation and improved security.

According to him, the programme will also improve economic fortunes of the state by creating one stop program that will focus on Agribusiness over a ten year period, creating and institutionalising market and their associate infrastructure reforms and attracting investment in the key sectors of the economy.

“We had a consultation with stakeholders and the ministries of Livestock, and aquaculture, Finance and Budget, Planning Commission and Economic team of the state after which it completed all submissions and is awaiting approval to commence full implementation.

“After looking at the benefits of Agricbusiness to Adamawa, the State Executive Council during its first meeting for 2021 has approved the issuance of one hundred billion naira bond for the Adamawa State Agric Business Support for the period of four years”.

“The Agric bond will draw twenty five billion naira annually which will be used to offset alot of state liability and loans, and open a window for generating a lot of revenue as well as galvanizing the market in the Agric business, especially the livestock subsector”.

In addition, there will be establishment of Adamawa State Agric Business Support Programme with five agencies to reposition of the Agricultural Development Programme.

“The agencies include Agricultural Project Coordination Agency, Infrastructural Concession Agency, State Agricultural and Land Development Agency, and fine-tuning the mandate of Adamawa Investment Company and linking it with the Investment Promotion Agency that will be established.” The SSG added.

This Agric business plan has worked in Kaduna State and two other states in the country, and when implemented will generate seven hundred and fifty as well as one thousand five hundred both direct and indrect jobs across Adamawa.

In spite of the huge investment in the water sector by the government and international organisations, water scarcity has grown to become a perennial nightmare for residents of Abeokuta, the Ogun State capital. This report x-rays the lives and experiences of residents in getting clean, potable and affordable water amidst the surge of COVID-19 cases in the state…N100bn bond approval  N100bn bond approval

The Lagos-Ibadan railway was inaugurated recently for a full paid operation by the Nigerian Railway Corporation after about a year of free test-run. Our reporter joined the train to and fro Lagos from Ibadan and tells his experience in this report…N100bn bond approval  N100bn bond approval