•He took girlfriend he now sleeps with after he got a job, built her a house —Wife 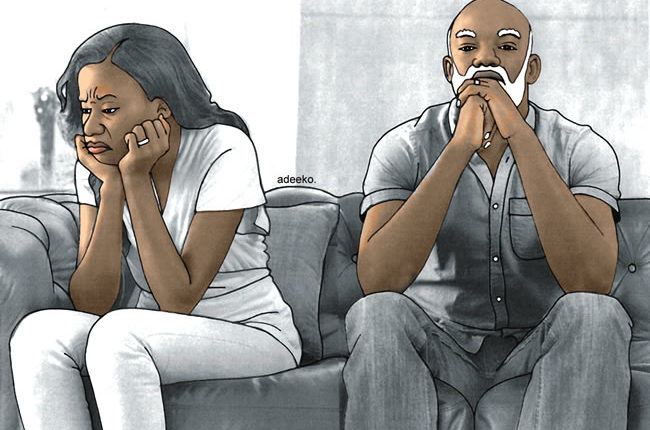 “I do not understand why she agreed to be ordained as a pastor and pretends to people while our marriage is falling apart,” a Ndola man has cried before the Kabushi local court in Ndola, Zambia.

According to Zambia Observer, Bright Sinkala took his wife, Pastor Grace Musende to court seeking divorce on the grounds that she neglected their marriage, and instead visited mountain for prayers on regular basis.

However, in her defense, Grace told the court that it was in fact Bright who caused their marriage to fall apart because he could not keep his pants zipped and has since found a girlfriend whom he has built a house for.

Bright during his testimony revealed that he and his wife have not been physically intimate for the past nine years and yet they live under one roof.

He told the court that all was well with him and Grace until she started frequenting mountains to prayer and leaving her duties in the home unattended to.

Bright added that Grace once came back home late from the mountains and that he locked her out.

According to him, he left her to sleep on the veranda, but that the next day she brought her relatives to talk to him.

“I was not interested in the meeting because I have lost affection for her.

“When her relatives came, I overheard  her telling them that I was a drunkard and weak when it came to sex.

“She went as far as telling me that I am not man enough and that hurt me,” he said.

Bright further told the court that his wife stopped washing and cooking for him and that he had been doing things on his own for many years.

However, Grace told the court that she and Bright used to enjoy praying together, until he went and ate of another ‘fruit.’

“How can I be cooking for a man who does not eat my food?

“He has not made love to me for the past nine years because he has found another woman,” she said.

She stated that Bright was not working, but the moment he got a job, he got a girlfriend who he would frequent Nakonde with to do business trips.

She narrated to court that she tried on many occasions to dialogue with her husband for the sake of their children, but that his mind was made up to be with the other woman.

“My husband was the one that introduced me to church as he was a very powerful elder and we served the Lord together, but upon finding another woman, he changed completely. For the last three months he has even been sleeping on the couch,” she said.

(Buhari’s speech): Elections conducted in the past two years have shown high degree of transparency, credibility

Why is Bola Tinubu hiding in London?