My husband has denied me sex for 9 months —Wife 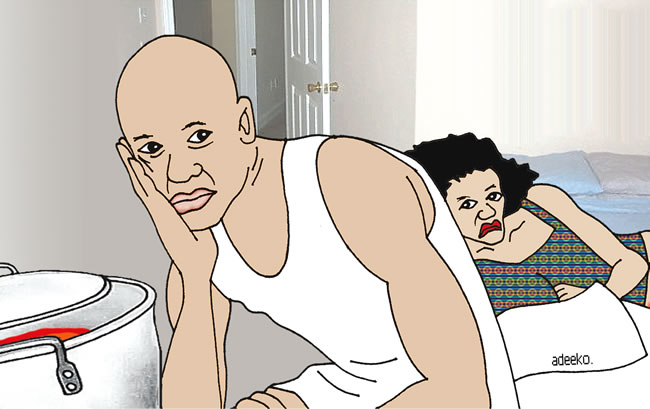 A woman, Maryam Abdullai has approached a Grade I Area Court, Kubwa, Abuja, Federal Capital Territory (FCT), seeking the dissolution of her marriage to her husband, Ahmed Mohammed on accounts of lack of love.

According to the News Agency of Nigeria (NAN), Maryam told the court that she married Ahmed in 2003 according to Islamic Personal Law and that their marriage is blessed with four children.

“There has been no sexual intercourse between my husband and me for nine months and he does not take care of our children.

Maryam urged the court to dissolve their marriage on the grounds of lack of love and also pleaded that the court ordered her husband to take responsibility of their children’s upkeep.

Ahmed in his response said that Maryam had brought various applications to the court for divorce, but that she cannot separate him from their children.

“I appeal to the court to grant her application, but she should be the person to leave my house and leave my children for me.

“Our youngest child is almost 10 years old and they all stay in my house which I spent a lot to build,” he said.

The judge, Muhammad Adamu, however, said that divorce cannot be granted with conditions stated by the respondent.

Adamu stated that either of the parties can approach the court for custody of their children only after divorce has been granted.

He advised the couple to sit and reach an agreement on what they wanted regarding their family and adjourned the case.

My husband held secret weddings with 2 other women, rented apartments for them —Wife