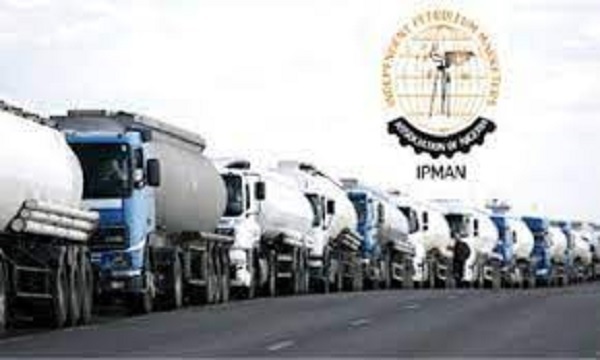 PETROLEUM products marketers under the aegis of the Independent Petroleum Marketers Association of Nigeria (IPMAN), have threatened to shut down fuel stations this week if the Federal Government through the Nigerian National Petroleum Corporation (NNPC) fails to do the needful by making petrol available to them.

Speaking with journalists at the IPMAN headquarters in Ibadan, the Oyo State capital, over the weekend shortly after meeting with stakeholders, the Nigerian Labour Congress (NLC), Petroleum Tankers Drivers (PTD) and others on the possibility of resolving the scarcity, the IPMAN chairman for Ibadan depot that covers Oyo and Osun states, Alhaji Bukola Mutiu, noted that Nigerians should not blame independent marketers for the current fuel scarcity in the country.

He stated that:”We want the masses to understand that fuel crisis did not emanate from our own end here or from any independent marketer. We are having a shortage of supply from NNPC, I mean we have been denied of having direct payment to NNPC remittal portal that they usually requested us to pay through.

“If we are able to pay to NNPC and get the product, then it means we are getting it at a cheaper rate which would allow us to sell at the approved pump price.

“The fuel scarcity we are having now was caused by the NNPC, because if there is shortage in supply and you are a responsible manager of the product, you should know who and who to give the products to, I mean those who will not hoard the product. As independent marketers, we have the larger percentage of fuel stations, as of today, in Nigeria, we have over 80 percent of fuel stations.

“For over six months now none of the existing marketing companies that are duly licensed with NNPC is being given the opportunity to pay, so that implies that we did have not had fuel at NNPC Ibadan here since the beginning of this year. We have not loaded a litre of fuel at Apata depot here in Ibadan, and we are having five deports in the Southwest and none of them is working at present.

“We have to go to the private depots to buy fuel from them and we have been buying at exorbitant prices ranging from N212 and N220 per litre without truck expenses and to the level of buying at the rate of N220; N222 per litre as at the close of work yesterday and if you add N30 transportation to Ibadan for example from Lagos to Ibadan and total cost of transport on a litre from Lagos to Ibadan is N30, that means that we are getting the fuel to our various stations beyond N260, N255 per litre before we now have other expenses to run stations and other expenses.

“As of today, it is NNPC alone that is importing petroleum products to this country and the product that is meant to be given to us as independent marketers that are duly registered under them is being given to those private hands so we are buying from the third party.

“Another point is that most of the South-West states are being denied of getting access to fuel, if you check our waybills you see that we are buying from marketers from other regions like the northern and eastern part of the country. So we are using this medium to appeal to the authorities and the NNPC top officials to look into our problem here. We are having products in but we are buying it from the third party.”

Mutiu, however, concluded that if the Federal Government through the NNPC fails to act accordingly on the situation at hand, marketers would be left with no other option than to withdraw their services, stating that even as they are selling at a very high price, they still run at a loss.

Also speaking on the fuel situation, chairman, Nigerian Labour Congress (NLC) in Oyo State, Mr. Olukayode Martins, said: “We read in the news that the channel which this fuel passes across to the country is so much cumbersome; they’ve made it so difficult for the marketers to get this fuel. The NNPC should do whatever it needs to do because of the masses. Maybe it needs to eradicate the channel so we can have it at our disposal.

“I also want to urge the masses, especially in Oyo State, please calm down because the atmosphere is tense already. They should be peaceful at this hour of the day and I believe with God on our side we will get to the root of this matter.”