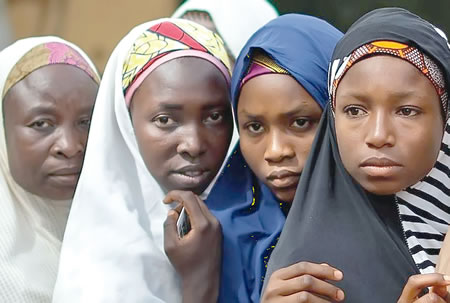 MUSLIM youths in Kwara State under the aegis of Kwara Muslim Youths have urged the state government to take proactive steps to implement court judgments on the use of hijab in all educational institutions.

In a statement by the chairman and secretary of the organisation, Yahya Ishola and Muzammil Muhammad, the group said the government should take a definite position by referring to schools wholly funded with taxpayers’ money as “public” schools instead of “grant-aided” schools.

The organisation described the directive of the state government on the use of hijab in public schools as a step in the right direction.

“How on earth would a school be regarded as ‘public’ and still be ‘grant-aided? This kind of confusion is what is creating a false sense of entitlement in the minds of some Christian stakeholders. It is rather sad and embarrassing that a victorious Kwara State government at the court of law is behaving like the vanquished,” the organisation said.

The group also called for the inclusion of Islamic scholars in the Ministry of Education to decide on the specific hijab approved by the government for female Muslim students.

“While we hope that the government would be alive to its responsibilities in maintaining peace and order as well as protection of lives and property, we shall never fail to do our all (within the ambit of the law) to protect, preserve and assert our Allah-given and constitutionally sanctioned rights to practise our religion,” it added.

The British Parliament at the Westminster Hall held a debate on ‘e-petition 554150, relating to Nigeria and the sanctions regime’ on Monday. The government of the United Kingdom has however responded…Muslim youth group  Muslim youth group

The surprise visit made on Friday night by the leaders of the ruling All Progressives Congress (APC) to former President Goodluck Jonathan at his residence in Abuja triggered a stir in the major political camps, resulting in at least four possible theories..Muslim youth group  Muslim youth group