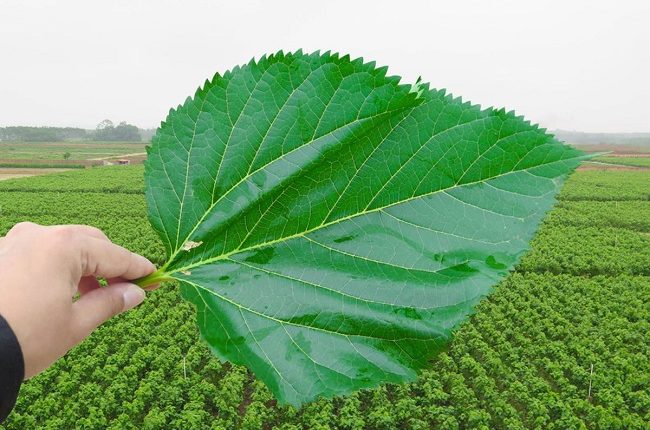 Researchers has shown that mulberry leaf and white kidney bean extract mix could be a solution for lowering post-meal glucose level.

A study conducted by Peking University and supported by the Key Projects of Beijing Science & Technology showed that mulberry and white kidney beans could lower the glucose level by decreasing the digestion and absorption of carbohydrates. It is the first trial on the effects of the ingredients on pre-diabetic individuals.

Sixty-five pre-diabetic subjects aged 45 to 65 completed the random controlled trial (RCT) which took place between October and November 2018. As pre-diabetics, their fasting plasma glucose was in the range of 5.6 to 6.9 mmol/L or haemoglobin A1c (the average level of blood sugar) levels in the range of 5.7 to 6.4 per cent.

The experiment group took a brown powder containing 0.5g of mulberry leaf extract and 1.0 grammes of white kidney bean extract with 100 grammes of white bread and 200ml of plain water. Their blood samples were then collected at the 30th, 60th, and 120th minute.

Aside from the 120 minutes trial, the researchers also conducted a four-week trial, however, there was no significant improvement in the glucose level.

In the four-week trial, the same group of individuals from the experiment group was required to consume 1.5 grammes of mulberry leaf and white kidney bean extract mix three times per day after their usual meals.

Findings of the study published in the Journal of Functional Foods showed that there was a fluctuation in glucose, insulin, and c-peptide levels in the experiment group when the measurements were taken on these two days.

For example, although the glucose level on day 15 of the trial saw a drop from the baseline level, it increased again on day 29 of the trial.

They stated: “A potential explanation for our results was that the duration of MWEM supplementation might not have been enough to significantly improve glycaemic control, which might be partly due to the long lifespan of HbA1c (average blood sugar level in the past two to three months) and glycated serum protein (GSP) (an intermediate marker of glucose)”.

According to them, mulberry and white kidney beans could have lowered the glucose level by decreasing the digestion and absorption of carbohydrates and the bioactive compounds involved are α-amylase inhibitor in the white kidney beans and 1-deoxynojirimycin in mulberry leaves.

These compounds could have blocked the active site of the starch-degrading enzymes in the digestive tract, in turn, decreasing the digestion and absorption of carbohydrates.

“Although we confirmed that the mulberry leaves and white kidney bean extract mix can help to decrease almost all the indicators mentioned above in pre-diabetic individuals, the additive effects cannot be judged from the evaluation of a single combination of the extracts,”the researchers explained.

“For this purpose, further studies using both the combination of the extracts with different proportions and each extract separately with different doses are needed,”they said.