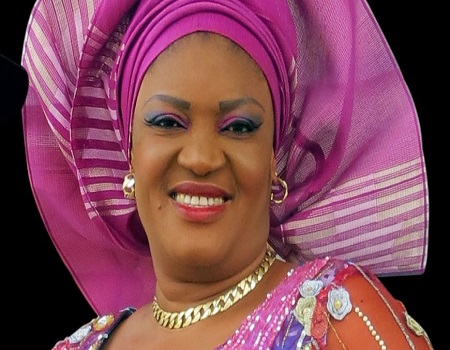 The items including bags of rice, beans, beverages, tubers of yam and others were donated during by the governor’s wife during the commissioning of the PROWA acquisition centre built by the association and the released of Four inmates serving various jail terms in Abakaliki Prison in Ebonyi State.

According to the National President of PROWA and wife of the Controller General of the Nigerian Prisons Service, Hajia Gwamma Ja’afaru, after commissioning PROWA acquisition centre, they made payments and donations on behalf of the association.

PROWA also empowered additional four inmates who have finished serving their jail terms by providing them with different equipment to start up their own businesses as soon as they leave the rehabilitation facility.

In her speech, the Controller of Prisons in the state, Emelia Adaobi Oputa, said that the state command under her administration has recorded appreciable success since she came on board.

She disclosed that during the last year’s National Examination Council (NECO) exams, no fewer than 40 inmates in the facility under her command sat for the nationwide test.