‘The Moon Has Been Sighted Tomorrow’ 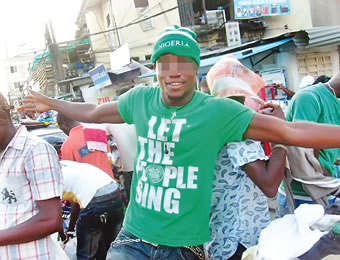 We are truly the happiest people on earth. I always knew Nigerians could joke about anything- good or bad, fortune or misfortune. And, if you doubted this, what followed the Federal Government’s unnecessary declaration of last Thursday as an additional sallah holiday should  convince you nothing saddens us for long. Spontaneous, caustic, costly jokes immediately took over from the initial shock and disbelief that followed that governmental error. And, no one was spared.  The most wicked of the jokes was: “The moon has been sighted tomorrow — Lai Mohammed.” Why would anyone do that to the amiable minister who we all knew was not Nostradamus, the man who saw tomorrow. I think it is even worse than you might think. The adopted grammatical tense was as surreal and unprecedented as the novel holiday declaration. What was attributed to the minister was a declaration that the act of moon sighting had been done — “tomorrow.” Even Nostradamus never claimed living in “tomorrow,” he only saw it. That joke was a very wicked insinuation that our minister had an infinite capacity for imagining the impossible.

A friend asked how long the Information Minister laughed when he read his own share of the long list of the social media jokes that killed the disbelief of those three days of celebrations. Did he laugh? Or he shook his head as I did? Governments live on information management. If you like, call it propaganda. I have the feeling it is not a picnic working as this government’s chief propagandist. “Big lies”, Hitler says, help push change in the polity. The bigger the lie, the higher the possibility of its being believed. For Hitler, “everyone tells small lies but few have the guts to tell colossal lies.  Because a big lie is so unlikely, people will come to accept it.” And that precisely is the tragedy of government information managers. They are distrusted and suffer mistrust. Because the people had seen bad times, listened to the real bad guys with big lies, when you try telling the truth, the enemy outside describes you as a “truthful liar.”

The politics of moon sighting is as local as it is global. As a child, I remember seeing some funny elderly folks who would insist their special eyes had seen the moon on the 29th fasting day and would celebrate sallah the following day while we fasted. And, because they enjoyed enjoying life, their fast-forwarded celebration would be further extended to join our own day of sallah. We used to ask why. The answer we got was the repeat of the experience the following year. That was the déjà vu I felt when our government jumped the gun and saw the moon five days before the rest of the world saw it and declared last Tuesday and Wednesday as public holidays. I felt it when the government took shame to the market on Tuesday evening, withdrawing that day’s (already spent) holiday and inserting Thursday as the new work-free day. I call it the ole, alainikanse choice.

Should all states even be railroaded into obeying misapplied federal directives such as this one? If all the federating nationalities do not have same attitude to salient issues such as when to work and when to enjoy life, can we take another look at the Public Holidays Act as we demand for a truly federal republic of Nigeria. America has several days as public holidays but only eight are federal holidays, even Boxing Day is observed as holiday in only seven states there. I do not know if we felt anything with the decision of the United States embassy in Nigeria to work on that Thursday. It should tell us something about how outsiders consider us and the way we run our public affairs.

When the Nigerian elite hear of holidays, what do they do? Even before holidays are declared, the elite who work in government offices, how many days of the week do they work? It is no one’s work and so, they must not lose their sweat doing it. The mindset of the working elite is the  same as that of those in government. That was why no one in power cautioned those who frittered away a whole week in the life of this nation, preparing to celebrate, celebrating and doing postmortem on Thursday. Are we really a lazy nation? I do not think so. When working for themselves, Nigerians do not like holidays, and, in fact, they do no go on leave. Nigerians of all nationalities are very hardworking people. I did my youth service in the old Sokoto State and I saw how an average Hausa man worked throughout the day to earn a living. The same is true of all other ethnic groups. Turning us into a work-hating nation is an elite construct.

The Holy Books ask us to look at certain other creations, especially the ant, for guidance on how to order our ways. We do that in our private lives. But are the minders of our public affairs not looking at the opposite of this divine guidance? They appear taking after the owl monkeys. These ones sleep 17 hours during the day and are very active at night. They also derive inspiration from others such as slow-moving opossums for whom food, water and shelter are determinants of where they stay. You all know our politicians are like Armadillos, active at night, snoring off all their day. There is another creation called koala which fits the character portraits of leaders who loathe work. Famed for “spending more than 80 percent of their entire lives in dreamland” koalas, are, indeed, blessed with the reputation of being the world’s laziest animal. But Nigerians are not lazy. The problem is the government with a very wrong work ethic.

A broke nation that burnt a whole week celebrating. That was Buhari’s 2016 Nigeria. And because we joke about everything, someone said Nigeria lost billions to that wasted week and another countered, asking where the billions made in the weeks Nigeria worked were?  What kind of poverty does Nigeria suffer from and why is it poor? You do not have to look far for answers. If you played, as a youth, for so long that you forgot to work and get a life, you shouldn’t demand any respect for your grey hair at old age. There was the story of the slave who was happy that an early morning rain made a leveler of him and his owner – both relaxing, enjoying when he was supposed to have cleared acres of farmland. He sang. He whistled, throwing broadsides at the boss. His owner sang back assuring him that he was doomed to combining that day’s labour with the next day’s. Poor work ethics cannot lead to prosperity. A nation in the dark cannot see the light by sleeping in the cavernous alley of indolence.

Give me Super Eagles

PDP’s Matawalle and the north’s arrogance