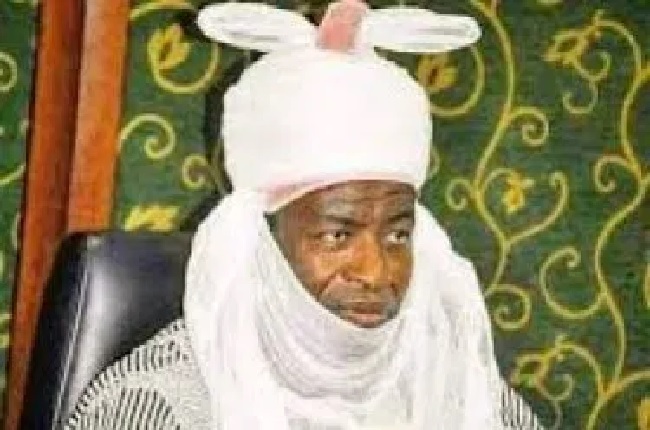 Suspended Emir of Misau, Alh Ahmed Suleiman, may have escaped dethronement as the Investigative panel that investigated the communal clash in his domain which claimed 11 lives recently only recommended that the Emir be administratively warned for dereliction of duty which led to the clash just as 3 Directors in Misau LGA have been retired compulsorily.

A press release issued by the Senior Special Assistant on Media and Publicity to Bauchi State Governor, Sen Bala Mohammed Abdulkadir, Mukhtar Gidado last Friday evening contained that, “Various Administrative sanctions have been taken against some Traditional institutions found to be culpable or complicit in the crisis.”

It further contained that, “Government has accepted the recommendation of the Committee to warn the Emir of Misau, Alh. Ahmed Suleiman, for dereliction of duty which fuelled and escalated the fatal crisis in his domain. The Emir is to equally apologize to the government in writing.”

According to the release, “Government has also accepted the recommendation of the committee on the District Head of Chiroma Alhaji Ahmadun Amadu. The District Head remains suspended pending another investigation. Should he be found wanting, he will be removed and prosecuted.”

“The Misau Emirate Council is to ensure that Ibrahim Yusuf Atiku is immediately relieved of his appointment from the post of Wakili of Zadawa Village Head. The government also accepts the recommendation of the committee for the Attorney General/Commissioner for Justice to liaise with the Commissioner of Police, Bauchi State to arrest and prosecute Ibrahim Yusuf Atiku for fraudulent allocation of the forest and extortion of money from the allottees,” the statement further contained.

It further stated that: “The Emirate Council is to equally ensure that Ibrahim Yusuf Atiku is barred from aspiring to the office of Sarkin Zadawa in the event the position becomes vacant.”

The release also contained that, “The Director Administration and General Services, Mal. Sule Abba, The Director of Agriculture and Natural Resources, Mal Baba Waziri, and Director of Works Aminu Abdullahi Disina all of Misau Local Government Council are retired from the Civil Service.”

“Government has equally accepted the recommendation of the committee for further investigation of the 16 identified persons who were alleged to have vigorously participated in masterminding and fuelling the crisis. The Secretary to the State Government is directed to ensure that the Police and Local Government Service Commission are involved in the investigation,” according to the release.

On Relief and Assistance, The committee recommended some various degrees of financial assistance to 10 people who lost their lives in the clash as well as 8 persons who sustained injuries and whose properties were lost as a result of the crisis.

The Government accepted the recommendation of monetary assistance in that regard and has directed the Secretary to the State Government to ensure the payment of such relief or assistance to all the affected persons.

“Government hereby re-iterate that the entire dispute between farmers and Herders in Zadawa that led to the loss of innocent lives and properties would have been avoided if laid down procedures on land allocation especially the forestry law and the law of the State governing the preservation of grazing reserves were adhered to and complied with”, as contained in the release.

The Ministries of Agriculture and Rural Development, Local Government and Chieftaincy Affairs, Housing and Environment as well as Land and Survey are directed to implement the position of Government as captured in the white paper in order to ensure that justice and equity remain both the practice and the norm.

The government then assured all citizens of its unwavering commitment to the preservation of our forest and grazing reserves as well as farmlands for harmony and peaceful co-existence to prevail in our communities just as it will henceforth apply the full weight of the law without exception for any infringement of rules and procedures in land allocation by all Local Government Councils.

It will be recalled that on September 25, 2020, Government received the Report of the Administrative Committee of Inquiry which looked into the land dispute between Farmers and Herders in Zadawa Ward of Hardawa District, Misau Local Government Area.

Government has accepted the report of the Committee and the white paper was issued.

Government has accepted the Committee’s recommendation for the total revocation of all the allocations including Farmlands that are self-acquired and Government has consequently directed the re-establishment of cattle routes in the reserve.

Accordingly, all those farming in Malumje grazing reserve are doing so illegally. Government has directed that henceforth the reserve should be utilized for grazing purpose only. The Misau Local Government and the Emirate Councils are to ensure compliance.

The Commissioners of Housing and Environment, Agriculture and Rural Development, Local Government and Chieftaincy Affairs and Lands and Survey are directed to ensure compliance.

On MALADUMBA, DANFISA/BOKKI, GAMBARA/TOFU AND UMALA/JARKASA Forests, The committee observed that there are illegal allocations of farmlands to individuals on the gazetted Forest reserves of Maladumba, Danfisa/Bokki, Gambara/Tofu and Umala/Jarkasa forests, in clear violation of the laws establishing forest reserves. In line with the recommendation of the committee these allocations are here-by revoked by the Government.

As for KALALA GRAZING Reserve, the government noted with regret, the violation of the terms of allocation of farmlands in the reserve and the sharp practices in the exercise which deprives Herders of their rights of grazing. Government hereby revokes all previous allocations in order for peace to reign in the area.

The government consequently directed the Ministries of Land and Survey, Local Government and Chieftaincy Affairs, Agriculture and Rural Development to constitute a committee to review the entire allocation of Kalala Community grazing reserve so as to address Farmers/Herders conflicts during the dry and rainy seasons.