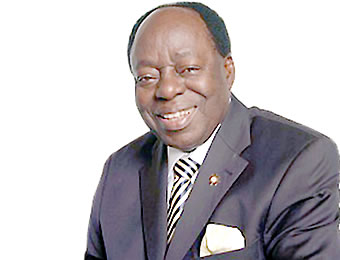 A  S I stated last week, it must always be borne in mind that the post-UTME exercise was conceived as a rescue mechanism in response to the falling standard of education in Nigeria. Notwithstanding the fact that the exercise must of necessity involve some financial implication, there is justification for retaining it. Prof. Dibu Ojerinde of JAMB must be congratulated for informing the Vice Chancellors, Registrars and others that screening exercise must continue.

Before the introduction of Post UTME, it was a fact that many students who entered the university with high marks ended up average or were expelled because of poor academic performance. The introduction of screening exercise saw instant reduction in the number of students parading fake JAMB results.

Nigeria is a part of the world community. Screening of students by universities who pass the accepted national examination for admission is the normal practice all over the world. However this universal practice was overlooked in the pronouncement of the Minister that the post UTME should be abolished.

THE MAKING OF LAW OR REGULATION

I am not persuaded that the oral pronouncement of the Honourable Minister of Education can ripen into law or legislation until the accepted practice is followed.

In going through the newspapers, the main reason why most people are opposed to Post UTME is that some Vice Chancellors have turned it into money making venture. They are opposed to the payment of about ten thousand naira after they had paid money to JAMB. My response is that education is an expensive enterprise. The money paid to JAMB has nothing to do with the all important screening exercise. The JAMB is only set-up to conduct examination on academic matter, the result of which would determine the academic ability of the student. Screening exercise on the other hand deals primarily with suitability of those who pass JAMB for the chosen courses.

The JAMB is not equipped or meant to carry out the time honoured practice of screening students for universities. Screening exercise is meant to identify the following:

i. Students who have been rusticated from other universities,

iii. Those who have been involved in criminal.

iv. Those who do not have the requisite competence to study the courses they applied for.

v. Those who are not interested in their courses but are pushed by their parents.

When we proposed the conduct of screening exercise in 2003, we believed the exercise would improve the quality of students that would be admitted to the university. I say boldly that we have succeeded. Money paid for screening exercise is expected to meet the following:

It is not in doubt that the exercise is necessary and is in consonance with the practice all over the world. The question is: Who should bear the expenses? My answer is: The student. We in Nigeria believe that government should provide everything. All Nigerians have to do is to produce children and donate them to government to train. The government and politicians should be courageous enough to tell Nigerian that quality education costs money.

Finally, I am of the firm view that any regulation which deprives their right to screen students who pass the JAMB examination will run fowl of Nigerian university statutes which empower the universities to regulate admission of students to the various universities and ipso facto, the autonomy of the university.

I thank readers for their contributions. I regret that I cannot publish all the contributions sent to me. However, I publish the following for the benefit of our readers:

“Good evening Sir, your powerful write-up in the Tribune Newspaper on the Scrapping of POST-UTME EXAMS is highly diagnostic and cerebral!

My name is Gbenga Adebambo, a Youth columnist in the Saturday Guardian, international youth coach and the Dean of Schools at the Educational Advancement Centre in Ibadan, Oyo state.

I have been so much fascinated about the laudable initiatives that you have pioneered in the educational sector. In the face of dwindling educational standard, you have been a beacon of hope in revitalising the educational sector. We must vehemently refuse to lower our standards in order to accommodate mediocrity in all form. I believe strongly that your initiative of leading pro-chancellors and Vice-chancellors in 2003 to critically analyze the loopholes in the JAMB exam with the then president, Chief Olusegun Obasanjo was a ‘life-saver’ to the dwindling and degenerated JAMB exercise back then.

I wrote a piece in the Guardian Newspaper titled “EDUCATION FIT FOR THE FUTURE: JOINT ADMISSION MANIPULATION BOARD! We are seeking your might to help us reject this unholy MANIPULATION in high places!

We are so proud of you Sir. I have copied the link for my write-up for your perusal”.

Dear Chief, I read about your criticisms of the FG’s cancellation of Post-UTME tests last week and its repeat in “Hardball” at the back page of today’s nation newspaper. University teachers and administrators would totally agree with you on this important matter….. I hope this academic drawback is not allowed to go without a fight that has already been spearheaded by you.

Sir, with due respect I writes to object you on the issue of post UTME scrapping. You’re a father and I reserve utmost respect for you. I read from a news paper few days ago about your comment on it and today I read again about it on page 40 of Nigerian Tribune. Firstly, I will like to say it’s a good idea in the first place to have post UTME but at long run it has turned out to be what I termed “extortion of the highest order”. I am of the opinion that after sitting for JAMB UTME if the respective institutions must conduct tests it should be orally arranged and should not be as high as 10,000 Naira.