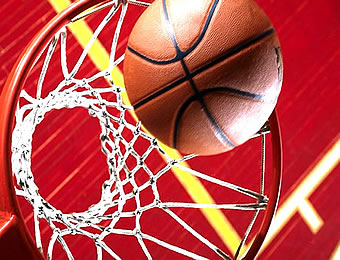 the president of the Nigeria Basketball Federation (NBBF), Tijjani Umar, has written to FIBA over Nigeria’s withdrawal from the FIBA U-17 Women’s World Championship in Spain  as a result of visa hitch.

Umar confirmed in a letter sent to FIBA that, despite the federation taking all the necessary steps in due course to obtain the visas, they were denied them.

As a result of their absence, and in line with FIBA’s rules, Nigeria will be credited with forfeits for Wednesday’s game against Canada and Thursday’s game against Japan. After the second forfeit, all of the results of their games shall be nullified.

The Nigerian girls would have played against Canada yesterday and faced Japan today, while their last group A would have been against Latvia.

Meanwhile, the National Agency for the Prohibition of Trafficking in Persons (NAPTIP) has denied reports indicating that Spanish Embassy denied the players of visa based on a letter from the Agency.

A statement by the Public Relations Officer of NAPTIP, Mr Josiah Emerole on Wednesday described the reports as false and misleading.

He said: “The attention of the National Agency for the Prohibition of Trafficking in Persons (NAPTIP) has been drawn to the news indicating that the Nigerian National U-17 Basketball Women team billed to participate in the FIBA U-17 World Championship in Zaragoza, Spain have been denied visa by the Spanish Embassy based on a letter from the Agency.

“We deny this report in its entirety. NAPTIP never wrote to the Spanish embassy or anybody at all on this matter.

“He said he will not be able to come but that he will send his deputy. Till today, nobody came from NBBF on the matter and there was no basis to write to anybody or Embassy on it.

“When the news broke a while ago, my Ag. Director-General, Alhaji Abdulrazak Dangiri and I called the Embassy of Spain in Abuja, to confirm the information and we were pointedly told that NAPTIP had nothing to do with the visa denial. We were also informed that the visa application was denied based on three issues:

“It is important that the Basketball Federation informs the nation the true position of this matter and not look for anybody to put the blame on. This is the true position,” the statement said.

N5m up for grabs at Ochei wheelchair international basketball