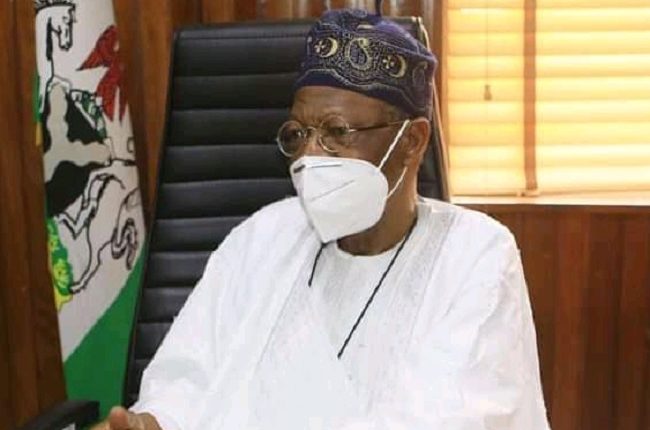 The Minister of Information and Culture, Alhaji Lai Mohammed, has said the measures introduced by the Katsina State government to address the menace of banditry and sundry crimes are yielding results.

The Minister, who spoke at an interactive media session on security in Katsina on Tuesday, noted that the presentation of the State Governor, Aminu Masari; the Emir of Katsina, Alhaji Abdulmumini Kabir Usman, and the Head of Civil Society Organizations in the state, have attested to the fact that the measures have drastically reduced banditry and kidnappings in the state.

”We are here with at least 20 journalists to get first-hand information on the great efforts of the Katsina State government and other affected states in the North-west to combat the menace of banditry and sundry crimes. There is no doubt that the table is turning against the bandits since Katsina and other affected states came up with a number of novel measures that got the bandits boxed in, and the military stepped up its kinetic approach.

”Unfortunately, these positive efforts have not received the kind of media attention given to the banditry,” he said.

Alhaji Mohammed stressed the need for the media to provide positive coverage of the successes resulting from the novel measures in order to encourage the frontline states in the North-west, security agencies and the Federal Government to continue with the current efforts to stamp out banditry and other crimes in the area.

“We believe these efforts should be trumpeted, not just for the sake of trumpeting them, but as a way of encouraging the states involved, the security agencies that have been risking it all to ensure that we are all safe and the federal government that has done
so much, especially in the procurement of platforms, to put the military and other security agencies in better stead to tackle not just banditry and kidnapping but also terrorism,” he said.

The Minister, who said the Federal Government is very concerned about the banditry and kidnapping bedevilling the North-west, expressed the confidence that the new platforms acquired by the military will curtail banditry and terrorism in the country.

He expressed delight at the role being played by the traditional rulers in the state and said the temporary inconveniences caused by the shutdown of telecommunication services could not be equated with the wanton destruction of life and property by the bandits.

In his remarks, Governor Masari said the shutdown of telecommunication services in the state had crippled the nefarious activities of informants of the banditry while making it difficult for kidnappers to demand ransom from the families of kidnapped victims.

He said the frontline states in the North-west have also agreed to employ 3,000 vigilantes, who will be trained by the police to complement security agencies in the communities.

The Emir of Katsina, Alhaji Kabir Usman, who commended the Governor for the innovative ways to improve security in the state, enjoined the Minister to sustain the initiative of providing a positive narrative on the fight against insecurity in the country.