Leadership & Management
By Sulaimon Olanrewaju On May 9, 2022 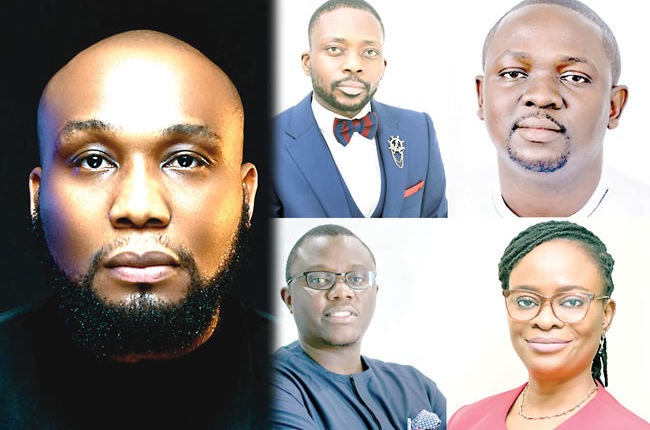 Leaders are change agents. What this means is that irrespective of the state in which a leader finds an organization on his assumption of duty, he is duty bound to make it better. No great leader leaves a company at the same point he met it or worse off than he met it. Anyone who cannot make the organization or nation he leads better is not fit to be a leader. Creating wealth for an organization is a definite way of making it better.

Leaders create wealth for their organizations or nations through various ways.

Vision is a powerful leadership tool. Vision is the compass that guides into the future. A leader without a vision is like a pilot without a compass, the end result is an unavoidable disaster. When leaders are bereft of vision, they subject their people to hardship and foist retrogression on their organization or nation. The reason is simple; without vision nothing new can be accomplished. When new things are not accomplished, the organization stagnates. But stagnation is only the first stage of retrogression because stagnation invariably results in retrogression, if it is not arrested. As it is said, stagnant  water stinks.

But stagnant water first starts as fresh water before degenerating to the level of generating stench. Nigeria has been bedeviled with the plague of myopic leadership which is responsible for the poor state of the people and the nation. But before the degeneration that sprang up short-sighted leaders, there were great leaders in the land. One of them was Chief Obafemi Awolowo.

As Premier of the defunct Western Region, Chief Awolowo was an exemplar. He introduced so many great ideas that stood out his region. His leadership quality improved the profile of the region as well as the well-being of the people. His leadership created wealth for the people such that the quality of life in the region shut up phenomenally during his administration. One of the ways Awolowo created wealth in his region was the introduction of television service in 1959. The Western Nigerian Television (WNTV) was not just the first in Nigeria; it was also the first in Africa. As a matter of fact, by the time the television station was launched, France, a first world country, had not started its own television station. This speaks to the kind of visionary leadership offered by the sage. Through the establishment of this station, Chief Awolowo opened up a new vista of opportunities for his people. The new station required the services of presenters, engineers, journalists, advert canvassers, graphic artistes, dramatists, cultural troupes, technicians, administrators, etc. So, as a result of establishing the television station, new capacities were developed, new opportunities were created and new wealth followed. With time, other regions established their television stations and the process of creating new opportunities and wealth continued. Today in Nigeria, there are over 100 television stations that generate billions of naira in revenue, create world-class contents and pay hundreds of millions of naira as tax to the government. But it all started with a visionary leader who set the pace in 1959. Until leaders do new things, they can’t create new wealth.

Taking risks is dangerous but it is much more dangerous not to take risks. In leadership and business, success is elusive without risks being taken because unless risks are taken, no new thing is done and unless things are done in a new way, no new wealth is created. Change and opportunities for wealth creation come only when new things are tried. But trying new things means venturing into an uncharted area and that is taking risks.

Those who have changed the way we live took great risks; sometimes failing but oftentimes succeeding. Without taking risks, life is mere routine, same of the same. It is when business people are on the go, looking for new areas to invest in and new products to introduce that they are able to affect the society and in the process create new wealth. So, the greater the risk, the greater the success.

When Tony Elumelu resigned his appointment in 1997 to pick up the pieces of Standard Trust Bank (STB), he was not unaware of the risk he was undertaking. But his hope outweighed his fears. He knew that if he was able to do what he planned to do with the ailing bank, he would be writing his name in gold. So, he went for it. The new owners brought service innovation to the bank. Bank customers who were hungry for innovation lapped it up. Thus Elumelu and his team brought life back to the dying bank and turned it into one of the top five banks.

But Elumelu was not done with risk taking. In 2005, he led what was at that time the largest merger in the banking sector in Sub-Saharan Africa to acquire the United Bank for Africa (UBA). He was also able to grow that bank into a pan-African financial institution with operations in 19 countries.

Elumelu is the chairman of Heirs Holdings and the founder of the Tony Elumelu Foundation, dedicated to the promotion of entrepreneurship and business excellence in Africa.

Today, Tony Elumelu is recognized and honoured as an African business leader but the root is in the risk he took when he staked his reputation as a banker to attempt the revival of the ailing STB.

When leaders take risks and do new things, they create wealth and better the lot of their people.

Leadership is a painful burden if it is void of creativity. For leadership to benefit the people, it must be creative. When a leader is creative, he does not see obstacles, instead he sees ladders. A creative leader does not concentrate on adversity; rather he is looking at the opportunities in the adversity.

Hence, where creative leaders hold sway, nothing is impossible.

When Steve Jobs returned to Apple, first as Advisor and later as CEO, he turned the fortunes of the company around with the launch of iTunes and iPod in 2001. But for him those were not the best he could do. While his competitors were thinking about coming up with tablets, he was consumed with the idea of producing a handheld phone that could do everything a computer could do and much more. He wanted a device that would be a multi-touch screen, with high-quality camera as well as built-in accelerometers and gyroscopic sensors. Thus, he came up with the iPhone. The iPhone has transformed Apple and turned it into a world beater. The company’s revenue has been leaping since the introduction of iPhone. In 2018, Apple became the first American company to cross the $1trillion market value. In August 2020, it became the first company to reach the $2trillion milestone and in January 2022, Apple crossed the $3trillion mark. All these were made possible because the company was gifted with a creative leader.

One of the major tasks of leaders is empowering others. As observed by Roy Bennett, great leaders create more leaders, not followers. More leaders are created by leaders when they empower their followers by removing obstacles on their pathway and giving them a platform to enhance their productivity and showcase their creativity.

Today, Alhaji Aliko Dangote is a business colossus and the indisputable Africa’s leading cement manufacturer. Through his cement production and other businesses, he has been able to create so much wealth that he is recognized as Africa’s wealthiest man. But Dangote’s transition from a rich man to a wealth creator was facilitated by former President Olusegun Obasanjo.

According to Alhaji Dangote, in an interview he granted Financial Times in 2018, the former president called him one morning not long after he took over the leadership of the country and asked for a meeting with the businessman. During the meeting, Obasanjo asked why he and others who were in the business of cement importation were not producing the item in the country. Dangote said he replied that it was more profitable to import than to produce unless there were restrictions on imports. The former president agreed to place an embargo on cement importation and that encouraged Dangote and others to embark on local production of cement.

By encouraging and empowering indigenous companies to go into the production of cement locally, former President Obasanjo created an array of opportunities for the Nigerian people. Tens of thousands of Nigerians are employed by the local manufacturers. In addition, not only has Nigeria met its local cement needs, Nigerian companies such as Dangote Cement and BUA Cement, export cement to other African countries and earn the much needed foreign exchange for the country.

There is no greater proof of a leader’s love for his people than the extent to which he goes to improve their lot.

The highest common factors of success