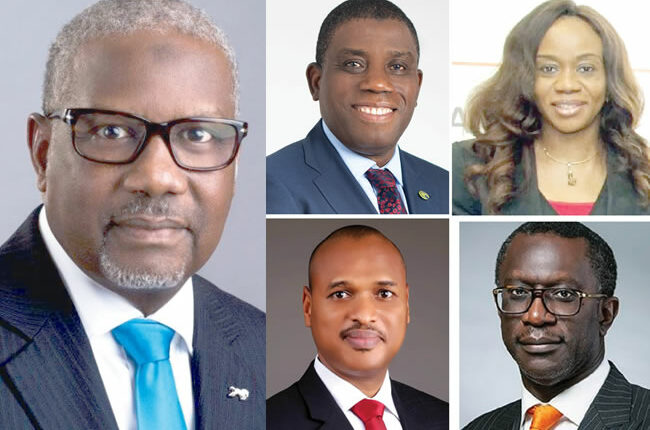 Leaders get things done because they have power. Their ability to achieve set goals and impact positively on those around them is determined by the level of power they can muster. No matter how noble the intentions of a leader are, they remain in the realm of mere aspiration until he has the commensurate power to bring the intentions to life. So, power is the wings with which vision flies.

According to Robert Greene, author of The 48 Laws of Power, power is the measure of the degree of control an individual has over circumstances in his life and the actions of the people around him. Greene adds that power is having influence over the environment and the people around one.

So, basically, power is the ability to influence people for the purpose of achieving an objective. It is also the ability to command the respect of others to the extent that they are willing to subject themselves to one’s control. The influence or control could either be direct or indirect depending on the level of interaction between the leaders and those that are influenced.

Power helps the leader to get things done, so it is a resource. It is a resource that confers on the holder the ability to control others. It makes leaders more assertive and confident; it provides them the ground for taking actions that those who lack such power cannot take. It is for this reason that leaders need power. Without power, a leader will only have wishes; he will hardly get things done.

Power derives mainly from the respect or fear people have for an individual either because of who he is or what he represents.

There are two types of power; personal and positional.

This is the influence wielded by a person consequent upon his admirable character which endears him to the people. His power is not derived from the position he occupies but from his conduct and attitude. Leaders who leverage personal power symbolize the aspiration of the people. So, both the people and the leader connect and are able to commune even when no word is uttered.

Dr. Tai Solarin had awesome personal power. He never held any important office apart from being the founder and principal of Mayflower School, Ikenne, but he commanded a lot of respect across the length and breadth of Nigeria while alive. He was not a politician, a businessman, a clergy or a monarch; yet, he was loved and idolized by many people who probably never met him. He had no formal platform, but he had a huge following. The secret was his reputation. Solarin had built a reputation as a diligent, disciplined, honest, humble, courageous and conscientious Nigerian. These are the qualities Nigerians want in their leaders and this man, who never held any political office, had them. So, he wielded enormous power over a number of Nigerians to the extent that his word was law to them.

The power wielded by a person because of the office he occupies is positional. This power is important because it is what gives legitimacy to the holder. Company executives, pastors, imams, monarchs, governors or presidents all rely on positional power to perform the functions of their offices. Without the power, they may get stuck and unable to do what they are supposed to do.

Between personal and positional powers

This is the power conferred on a person as a result of his role in an organization. The power to hire and fire is derived from the position occupied in an organisation. The power to sanction or promote is also consequent upon the role assigned to an individual in an organization. As a result of this power, the position holder exercises some control over some members of the organization and in most cases, their relationship is defined by the roles played in the organization by the individuals involved. The moment the position holder exits that role, he can no longer exercise such power and this can force an alteration in the relationship.

This power derives from the ability to give material or non-material rewards to others. A leader who holds the power to reward others is positioned to enjoy some control over them. Naturally, people gravitate towards those with powers to dispense favours; this on the other hand, also places them in a position to exercise control over them.

A manufacturing company had a problem with one of its machines and invited an expert to have a look at it because none of the in-house engineers could fix it. After spending about 15 minutes fiddling with the machine, the expert brought out a small hammer and tapped for about 30 seconds on a part of the machine. He then asked the plant supervisor to start the machine. Immediately, the machine that had been inactive for about 10 days roared into life and started working.

The plant supervisor asked the expert to prepare his bill. He did and gave him a bill for N500,000, the equivalent of the supervisor’s monthly salary. He was furious, saying the expert only spent about 20 minutes in the plant and wanted to go away with what he (supervisor) earned in a month. He then asked the expert to break down the bill.

The company had no choice but to pay.

Such is the power that expertise confers on those who have it. Expert power derives from the skills and expertise of an individual. Expert power is a function of how much the expertise is needed in an organization. This is why those with special skills are rated high and treated differently from those whose skills can easily be sourced.

Referent power is a product of the loyalty a leader is able to build in his team. This may not necessarily have anything to do with the role played by the individual in the organisation as with his interpersonal or relational skills.

When an individual plays a role that makes it possible for him to sanction others, he is able to exercise a degree of control over them. So, when he asks that an exercise be carried out, the people concerned will most likely do it even if they are not convinced that it is the best, for fear of being sanctioned.

Hardly does anyone aspire to an office with the aim of misusing the power conferred on him by the office. But it has been proven repeatedly that many leaders along the line abuse their offices and bring untold hardship on the people and incalculable damage to the organization because at a point they start to think that the power they hold is about them. So, they begin to have a larger than life impression of themselves and start working for their own interest instead of the good of the organization and its people. This causes the fortune of the organization to nosedive.

One fact a leader should never lose sight of is that leadership is all about the led and none about the leader. Hence, the primary assignment of the leader is to ensure the wellbeing of his team members. That is why Plato says that the leader must be willing to sacrifice his interests for the good of the group.

In Book II of The Republic, Plato writes, “In a city of good men, if it came into being, the citizens would fight in order not to rule … There it would be clear that anyone who is really a true ruler doesn’t by nature seek his own advantage but that of his subjects. And everyone, knowing this, would rather be benefited by others than take the trouble to benefit them.”

Therefore, the power conferred on a leader by the office occupied is to be used for the good of others, not for self.

To do this, the leader must note the following:

Power is for service

The main purpose of power is to serve others. Power is meaningless if it is not used for this purpose. The most powerful individuals and organizations across the world are those who are committed to serving others. A leader who wants to increase his power must learn to serve others. Zig Ziglar, an American writer, says anyone can get anything he wants provided he is willing to help enough people get what they want. Service does not bring anyone down; it is the way to success and increased influence. The reason is that the ones that are served see themselves as indebted to the one who serves them and wait for the opportunity to reciprocate.

Power is for helping the powerless

Those elected into offices were given the mandate to do for the rest of the society what they cannot do for themselves. They were not elected to lord it over others but to improve the lot of the people, especially the powerless. A good leader uses his power to protect the rights and interests of the powerless.

Power is for empowering others

It is paradoxical but no leader increases his power by holding on to it. Every leader that must grow in power must learn to share the power with others.

Great leaders never hoard power; rather, they use their power to empower others and by so doing they are never out of power because even when they are physically out of power, a part of them, which they have deposited in others, remains in power.

With respect to power utilisation, there are three types of leaders.

The first category is made up of leaders who understand their power and use it appropriately. Such leaders are like salt, they change the situation of their nation or organization for the better. Lee Kuan Yew is an example. He understood the enormity of the power he held as the first Prime Minister of Singapore and he used this to transform the people and the country. When he started out, Singapore was not better than a poor fishing outpost that was enmeshed in corruption. At his exit, the country had become prosperous with a world class work ethic. Yew used power properly and power did not fail him.

The second type is the group of leaders who abuse their power. They believe the power conferred on them is only to be deployed for their own good, so they focus solely on what they can use their position to achieve for themselves alone. Consequently, they bully and manipulate their followers. They deploy divide and rule tactics to elongate their hold onto power. Their misuse of power results in the weakening of the system and the pauperization of the people. But they end up as the worst victims of their misdeed because they end up on the wrong side of history.

There are also those who do not understand the essence of the power they hold and as a result refrain from using it. These leaders are not conscious of the positive changes they could effect in their organizations by their effective use of power and so shy away from deploying it. When a leader fails to make use of the power vested in him, he is unable to harness the potentialities of the organization and the people’s ingenuity and, as a result, subjects his organization to stagnation or retrogression. Power fails such leaders because they fail to use it.

Power in the hands of he who does not know its essence is a tragedy.

CBN and the changing payment system in Nigeria

Bringing the best out of employees