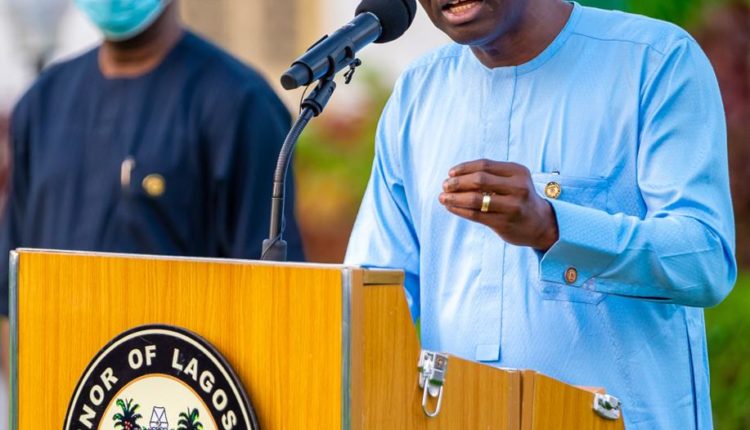 The Lagos State government on Friday announced a further reduction of the curfew imposed on the state as a result of the #EndSARS protests as the curfew will now be from 10.00 p.m. to 6.00 a.m.

The state government had initially imposed a 24-hour curfew in the state in the wake of the Lekki toll gate shootings and three days later, reduced it to 8.00 pm to 6.00 am., advising residents to strictly abide by the curfew order.

But on Friday evening, the state government, through its Twitter handle, @followlasg, said it has decided to review the curfew and disclosed that the curfew will now be from 10.00 p.m. to 6.00 am.

According to the state government in the series of tweets: “The Lagos State Government has announced further relaxation of the curfew imposed after the breakdown of law and order, following the hijack of the peaceful #EndSARS protests. The curfew will now be from 10 pm till 6 am.

“Governor Babajide Sanwo-Olu praises Lagosians for observing the curfew, which is expected to restore normalcy in the communities. He urges all Lagosians to go about their businesses in peace, even as they shun ‘actions that can threaten our unity’.

“The governor advises purveyors of fake news to stop causing disaffection among Lagosians, who are well known for being peace-loving and friendly.”

The All Progressives Congress (APC) has told a Federal High Court in Abuja, that the Comrade Adams Oshiomhole-led National Working Committee (NWC) was sacked to solve the internal leadership crises rocking the party.Lagos relaxes curfew

The party also said that immediately the Caretaker/Extraordinary Convention Planning Committee was put in place after the NWC’s dissolution, the crises that had characterised its affairs were laid to rest.Lagos relaxes curfew

The Emir of Zazzau, in Kaduna State, Alhaji Shehu Idris has died in his palace at the age of 84.Lagos relaxes curfew

His son, Aminu Shehu Idris, confirmed in an interview with the Tribune Online that his late father who was appointed on 15th February, 1975 and spent 45 years in the throne died on Sunday after a protracted illness.Lagos relaxes curfew