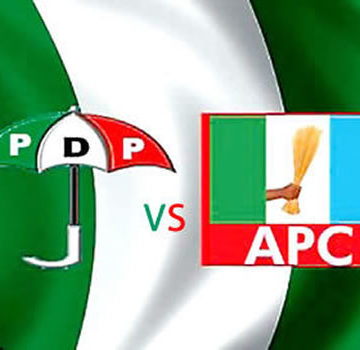 THE immediate past chairman of the Peoples Democratic Party (PDP) in Kwara State, Chief Akogun Iyiola Oyedepo, has said that he will only hand over the party’s properties in his care to a properly constituted executive.

It is recalled that Oyedepo left the PDP to join the All Progressives Congress (APC) after the defection of the Senate President, Dr Bukola Saraki from the APC, saying that he could not belong to the same party with Saraki.

Speaking with journalists in Ilorin Oyedepo said that he would not be party to any illegality, adding that the Kwara PDP Executive led by Engr Kola Shittu was illegal.

In its reaction, the Kwara State PDP, through the public relations officer, Tunde Ashaolu, called on Chief Akogun to toe path of honour by releasing all property of PDP in his care, or it uses the assistance of security agencies to retrieve the property.

“It is on record that the current executive council of the PDP in the state was legally constituted by the relevant organs of our great party and our chairman, Engineer Kola Shittu, was inaugurated at the PDP national headquarters in Abuja by the National Chairman of our party, Prince Uche Secondus,” he said.

Chief Akogun had said that “It is a well-known fact that as from the 1st day of August 2018, I ceased to be the chairman of PDP in Kwara State.

“And since then I have waited in vain that the party, PDP will put its house in proper shape to elect a new executive of the Party in accordance with the well-known provisions of its constitution,” he said.

According to Oyedepo, when a person voluntarily left office as he did, there should be the need for proper handling over of the Party’s properties to those that must take over.

“But there is the need to hand over to lawfully and properly constituted executive of the party.

“It is my considered opinion that the Kwara State Executive of PDP as presently constituted is illegal and cannot be the proper people to whom the properties of the Party can be entrusted.

“As far as I am concerned, the Engr Kola Shittu led Executive is illegal and not properly constituted in accordance with the extant laws of PDP.

“Nobody in that Executive can come forward to claim the properties of the Party from me,” Oyedepo said.

He, therefore, advised the party to put its house in order before approaching him for the hand over notes.

Oyedepo noted that when he left PDP, there were still some members of the executive that did not leave with him.

According to the APC chieftain, his former youth leader, Alhaji Mahmud Dansofo called him several times that he was instructed by his chairman that he should hand over PDP properties to the new executive.

He said it was the constitution of PDP that when a member of the executive resigned or removed, he should be replaced from his zone because he must have been resenting his geographical zone in the office that he occupies.

Oyedepo also said the members of PDP Executive that remained in the party were never dissolved to give room for a new election.

“Something must be done to make the Executive legal after my departure.

“If that is not done whatever structure is put in place by the PDP in Kwara State is illegal and I cannot do any political business with an illegal body,” Oyedepo declared.