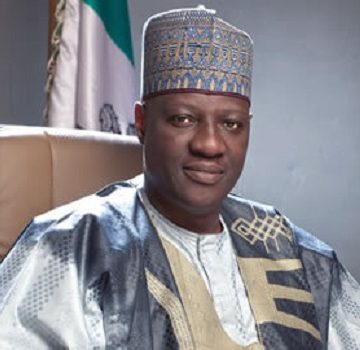 GOVERNOR Abdulfatah Ahmed of Kwara State has called on the people of Irepodun, Oke- Ero, Ekiti and Isin local government areas of Kwara state to come out en masse on Saturday to vote for candidate of the Peoples Democratic Party (PDP), Alhaji Saheed Alatise, in the by-election for the House of Representatives seat of the constituency.

Ahmed asked his people to reciprocate the kind gesture of Saraki political dynasty which helped one of their sons to power as Kwara state governor since 2011.

He also asked them to use the opportunity of the election to show their love for the former House of Representatives members from the constituency, the late Princess Olufunke Adedoyin, whom they all agreed performed excellently well as their representative during her lifetime.

Ahmed, who made the call while flagging off the PDP’s campaign for the by-election in Omu- Aran, the headquarters of Irepodun local government area, reminded the people of developmental projects that his administration had carried out in Kwara South senatorial district in the past seven and a half years.

He urged the people not to be intimidated by the heavy presence of security men in their communities but should feel free to come out and cast their votes for the PDP.

He said the PDP will continue to win the election in the state because of the transformation that every section of the state had witnessed between 2003 and now under the administration of Dr Bukola Saraki and his own government.

Ahmed, who was joined on the campaign trail by the Speaker of the state House of Assembly, Dr Ali Ahmad, the Deputy Chief of Staff to Senate President, Hon Gbenga Makanjuola and the state chairman of the PDP, Engr Kola Shittu expressed the confidence that his party would coast home victory in not only the Saturday by-election but the 2019 general elections as well.