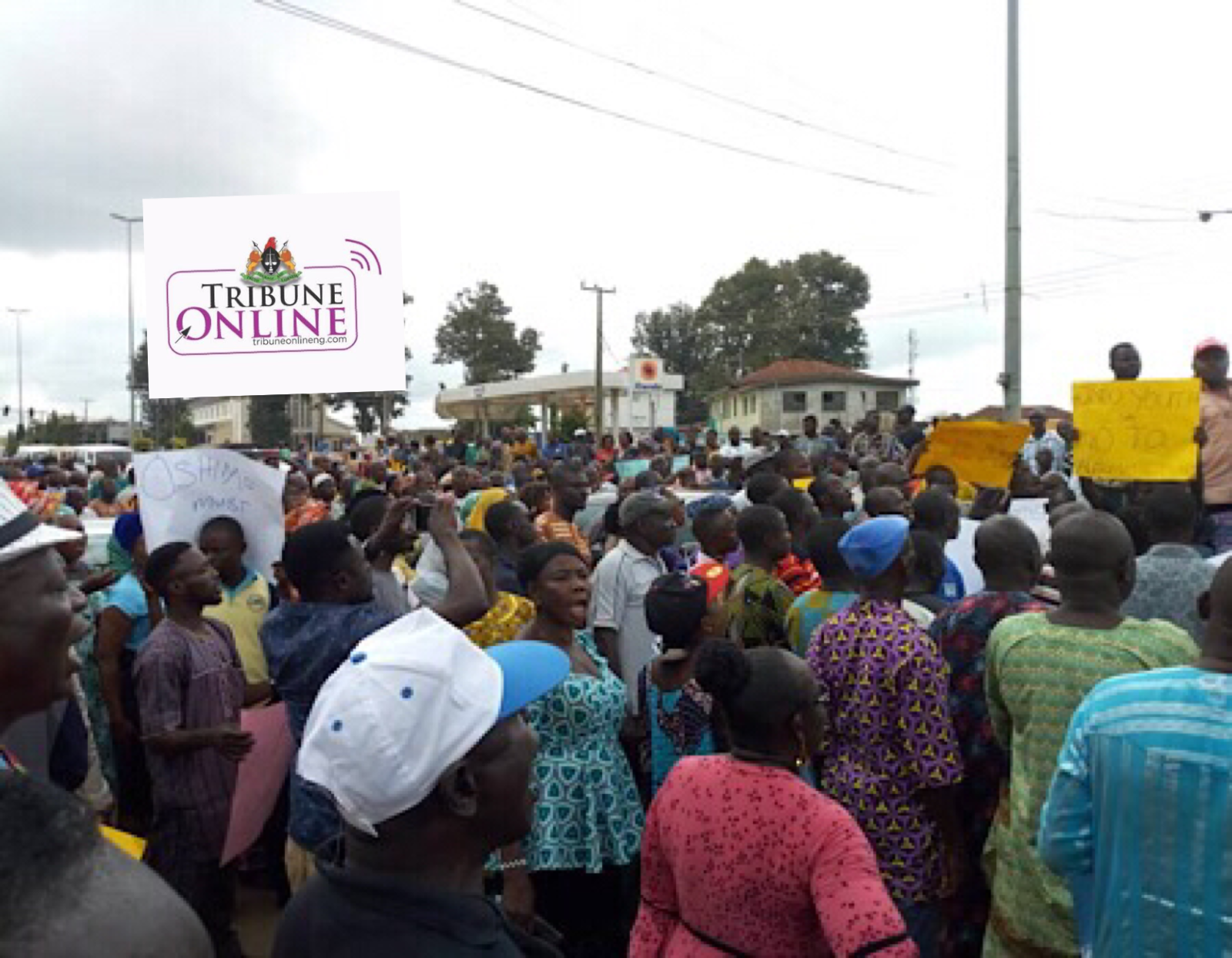 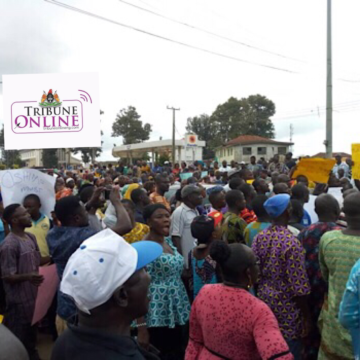 PROTESTERS ‎under the umbrella of ‘Rebirth Nigeria’ on Wednesday stormed the National Assembly in large numbers to demand the overhauling of the nation’s budgeting process saying that the previous budgets since the emergence of President Muhammadu Buhari administration had dubbed as budgets of starvation of the citizenry.

The Group led by one Mr Tope Kolade Fasua, called on the Senate President, Dr Bukola Saraki, Speaker House of Representatives, Hon Yakubu Dogara and Clerk to the National Assembly, Alhaji Mohammed Ataba Sani Omolori to ensure that the 2019 budget was not passed until the Presidency overhaul the nation’s budgeting process.

He declared that the nation’s budget since Buhari emerged as the President had been grossly inadequate to cater for the citizenry contrary to the promises he made to banish hunger and hardship.

He said that Buhari’s 2018 budget compared with previous budgets of Nigeria and other nations had been budget of starvation and insisted that the next year’s budget must be raised up to N15 trillion for it to be able to address numerous national challenges.

According to him, “We are leading this protest to register our disdain with the nation’s budgeting process. Compared with other nations’ budgets, Nigeria’s budget is the least in terms of size and funding. Last year’s budget was just N8.6 trillion. This was grossly inadequate.

‘We will continue this protest until something is done about the budgeting process in Nigeria. We had written to the Senate President three times, we have also written to the Speaker House of Reps thrice and some other officials of the legislature. No response has been recieved from them. We will continue to protest until something is done about this.

“A comparison of national budget document obtained from him by our reporter shows that Nigeria is the least in budget to GDP ratio which stood at 6% trailing being many great nations such as the USA with 38%, China 32% Japan 38%, Germany 43% United Kingdom 41%, India 28%, Italy 49% and Canada 41%.”

He stated that most of the African nations including Tanzania, South Africa and Namibia are budgeting as #15 trillion on annual basis wondering why Nigeria that was more endowed was budgeting only #8.6 trillion in the last budget.

He further challenged President Buhari to reinvigorate and re-engineer the economic team of the present administration as Nigerians had been under starvation under the 2018 budget due to poor implementation of the yearly ritual which he pegged at an average of 30%.

He regretted that top government officials notably Ministers, Permanent Secretaries and even the President himself were always jetting out of the country with their trips being covered by the same budget.

Security Agencies manning the National Assembly however dispersed the protesters after they have delivered their letter of demands at the main gate.

This was coming just as the House of Representatives adjourned the plenary for one week as the Public Address System in the green chamber ‎ failed to work again as only the microphones from the 7th roll were audible were the rest packed up.

The Speaker, Hon Yakubu Dogara disclosed the experts who installed the PAS in 1999 would have to be invited in to carry out the needed turn around maintenance.

Plenary ‎sessions had earlier been suspended at two different instances due to the faulty PAS in the Chamber.