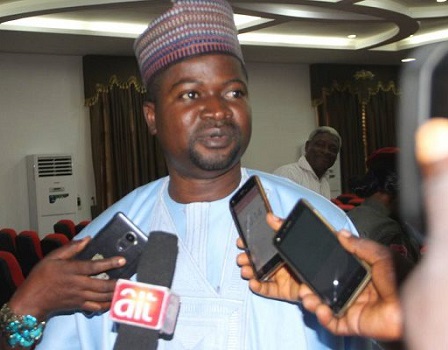 As Kogi state prepares for the November 16 governorship election, the state commissioner for finance, Idris Asiru, on Thursday donated buses, motorcycles and handsets to the leadership and groups of the All Progressives Congress (APC), Yagba East local government.

Others who benefitted from the gesture of the finance Commissioner were groups like G34 for GYB/CEDO movement that cut across the 34 wards of yagba federal constituency and some party faithful in the local government.

Speaking at the presentation, the APC chairman in the local government, Hon Kehinde Ate, described Ashiru as the best thing to happen to the Okun nation under the administration of Governor Yahaya Bello.

He said the APC family in Yagba east knew the commissioner as a leader of repute, whose passion was the interest and success of the Bello administration

The APC chairman, who expressed the readiness of the people to ensure victory for the governor at the election, lauded the donor for his commitment to building a generation of leaders that are empowered and self-sustaining.

Also speaking on behalf of the stakeholders, Dare Zacheus, said the people were more committed to the success of the Bellonaja ticket at the governorship poll.

According to him, the gesture by Ashiru had further made it easy and sure for the APC to win the governorship election in Yagba land and the entire western senatorial district of the state.

In a remark, the commissioner said the gesture was his modest way of giving back to the people, describing Bello as a leader needed by the state to build trust and confidence, using infrastructure and development.