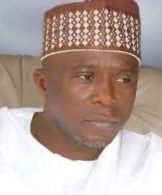 The Member representing Lokoja/Kogi Federal Constituency in the National Assembly, Barrister Shaba Ibrahim, has procured several water irrigation pumps and distributed to farmers in the area to encourage all year round farming.

Barrister Shaba Ibrahim who is a member of the Peoples Democratic Party (PDP) in Kogi State stated this while speaking during a town hall meeting on his achievements within one year in officer.

According to the Lawmaker, several hecters of land have been mapped out for irrigation farming, saying that the contractors have already moved to site to ensure timely completion of the project.

Other achievements recorded within the period under review, according to Shaba, includes, distribution of grinding machines to widows in lokoja and kogi local government areas, disaster assessment visit and donation of food and cash to communities ravaged by flood in the area.

Others he said includes; payment of hospital bills for victims of Akpogun tanker explosion, construction of solar powered boreholes in Lokoja, Karara, Banda, Felele, Omoko, Chikara, saying that while some solar powered projects are  90 per cent completed, others would be Kick-started this week.

He said he was able to provide palliatives to his constituents to cushion the effects of the dreaded COVID-19, during the lockdown, adding that he was also able to construct and furnished block of classrooms in Ataji in Lokoja local government council.

He assured his constituents, that he will make the development of Agriculture in the area as his major priority, to create employment and resources for the people.

The special guest of honour, at the occasion and Governor of Kogi State, Alhaji Yahaya Bello described Barrister Shaba Ibrahim as a worthy Representative of his constituents and the entire Kogi State.

The Governor who was represented by his Deputy, Edward Onoja, called on other Lawmakers from the state to emulate Barrister Shaba by constantly interacting with their constituents so as to be abreast with their needs.

He maintained that his government would continue to associate with progressive and development minded politicians in the state and beyond, irrespective of their political affiliation.